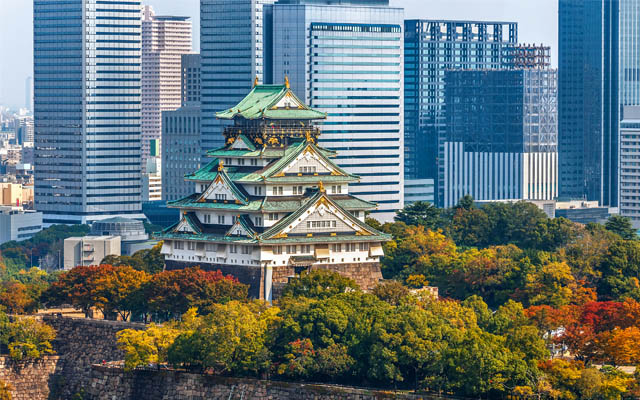 Eased entry conditions and a weaker yen are pulling travellers from Malaysia, Singapore and Indonesia back to Japan, noted outbound travel specialists in these South-east Asian markets.

Since October 11, Japan has abolished its daily arrival cap and visa sponsorship requirement, and permitted individual travel and visa-free entry for foreign tourists.

The removal of the daily arrival cap has presented airlines with the opportunity to mount new services and boost frequencies of existing services to Japan. Airlines that have been quick to respond include Singapore Airlines, which will resume flights to Osaka from October 30 with twice daily services, increase its frequency to Fukuoka to thrice-weekly, and add a second daily service to Tokyo’s Haneda Airport; AirAsia X, which will commence weekly Kuala Lumpur-Sapporo flights from November 7 and bump that up to four times weekly from December 1; and Thai AirAsia, which now flies weekly between Bangkok and Fukuoka.

Scoot will mount seasonal four weekly flights from Singapore to Sapporo from November 2 to February 27, 2023.

Apple Vacations and Conventions’ group managing director, Koh Yock Heng, who is based in Kuala Lumpur, said the vastly improved airlift is instrumental in speeding up inbound recovery for Japan. It also allows travel companies to introduce more flight-and-tour packages via key South-east Asian gateways like Bangkok and Singapore.

He has observed an uptick in demand among his Malaysian customers as soon as the Japanese government announced the easing of visa requirements. Visa applications were a major barrier for Malaysians looking to travel to Japan, as the process could take up to two weeks.

Apple’s six charter flights to Hokkaido in December are fully booked at press time, and demand is strong for both FIT and GIT travel this winter and the coming spring.

Koh expects demand to pick up further into 2023, aided by improvements in air connectivity and fresh rounds of promotions by airlines and Japan National Tourism Organization.

Seeing a similar spike in travel interest to Japan is Hellen Xu, CEO of Panorama JTB Indonesia, who told TTG Asia that the Land of the Rising Sun typically jostles with Europe for the top destination position among Indonesian travellers pre-Covid.

However, for Indonesians, access to Japan remains challenging, largely due to pricey airfares and limited flights.

Furthermore, flights between Indonesia and Japan are now mostly operated by full-service carriers.

“LCC flights have not returned,” said Edhi Sutadharma, tour director of Golden Rama Tours and Travel in Indonesia. “Therefore, it is only the premium segment that can (afford to) travel now.”

Over in Singapore, another major tourism source market for Japan, a study by consumer research and analytics firm Milieu Insight found that the East Asian destination reigns supreme among 2,000 respondents. Thirty-four per cent of respondents ranked Japan as the top destination to visit in the next one year, followed by Malaysia (28 per cent) and Thailand (22 per cent).

Chan Brothers Travel, one of the city-state’s strongest outbound players, has seen customers booked on group tours extending their stay for free-and-easy days. These bookings were made before Japan’s latest border relaxation notice.

Jeremiah Wong, spokesperson for the travel agency, told TTG Asia that interest in Japan did not wane even when reopening plans were still hazy earlier in 2022. Customers were willing to book ahead for tours in winter “while waiting for happy news” on Japan’s reopening.

Chan Brothers Travel offers a policy – Book in Advance With Confidence – allowing customers to secure their seats on tours with a minimal deposit and flexibility to make changes to departure dates.

Meanwhile, travel agents agree that with the cost of travel rising, not just to Japan, it is advisable for travellers to plan and book ahead.

“Early planning is the best way to get good rates,” opined Koh. – Additional reporting by Mimi Hudoyo and Karen Yue