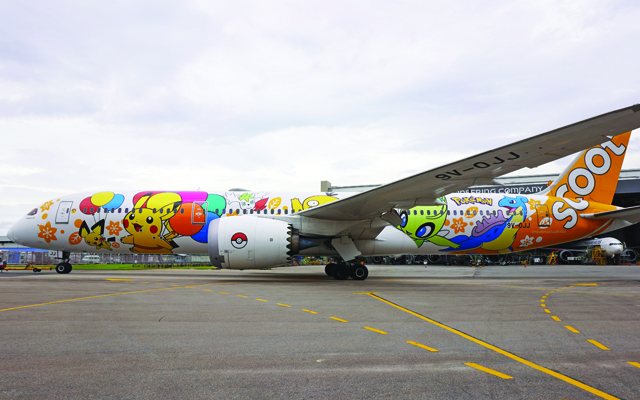 Scoot is expanding its network with the launch of new services for the year-end period, as well as resumption of flights and increased flight frequency on the Pikachu jet.

From the end of October, Scoot will increase the frequency of flights to Jeju from three-times weekly to five-times weekly, and make its Osaka service a daily one.

Additionally, seasonal non-stop flights between Singapore and Hokkaido (Sapporo) from November 2022 to February 2023 will be mounted.

Scoot will also increase the frequency of the Pokémon Air Adventures themed flights. From November, the Pikachu Jet will operate three fixed routes per month on the Singapore-Tokyo route.

In October, Scoot will also resume flights into Hangzhou (October 3), Zhengzhou (October 12), and Wuhan (October 13), as well as increase the flight frequency to Tianjin to twice weekly (October 11).