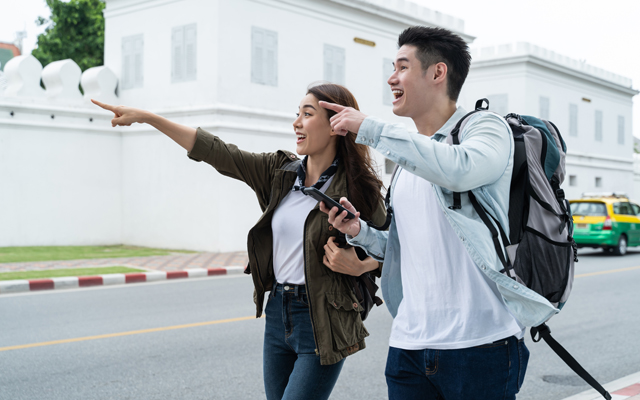 The new Consumer Travel Spend Priorities study, published by Amadeus, indicates a strong desire among respondents to travel despite the economic uncertainty, with ‘international travel’ ranked as the highest priority from a selection of six discretionary spend categories.

The study, which involved 4,500 consumers from France, Germany, Singapore, the UK and the US, aims to understand consumer’s expected spending habits for the year ahead.

Forty-two per cent of respondents said international travel is a high priority spend area for the coming year, far higher than fashion, eating out and big-ticket items like home improvements.

On average, consumers estimate they will spend US$2,670 on international travel over the next 12 months, broadly in line with how much they spent in 2019 (US$2,780 average).

Many travellers plan to spread the cost across instalments, reducing exposure to costly Foreign Exchange (FX) transactions and by dipping into loyalty points previously collected.

David Doctor, executive vice president, payments, Amadeus, said: “This research clearly shows consumers are prepared to forego spending in other areas of their lives to accommodate travel this year. But that’s not the end of the story. The industry will need to look for ways that fintech can make travel costs more transparent as well as help travellers manage their spend.”

Faced with economic uncertainty, travellers are adopting fintech to reduce the expense of paying internationally and to flexibly fund their trips.

In the current environment, 73% of travellers say they are more likely to pay attention to FX fees and costs associated with international travel and 56% are more likely to choose a travel provider that lets them pay in their own currency, with transparent FX fees.

Doctor added: “The demand for flexible payment options like Buy Now Pay Later in travel is extraordinarily high. The industry is eager to meet this demand, but it should do so responsibly, with thorough risk management in place. Savvy travellers are adapting to limit costs involved in travel. We see in our own data that more travellers are choosing to pay in their local currency across the airlines using our FX Box technology.”