Perth city and her surrounds have continued to evolve their tourism draws over the past two years, and are now presenting travellers with both the comfort of familiarity and excitement of fresh appeals. By Karen Yue 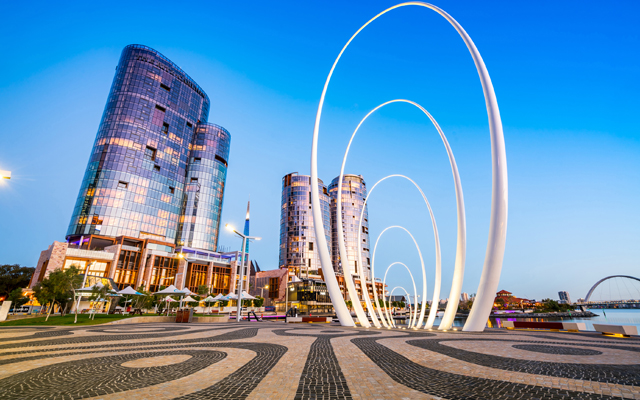 As soon as Western Australia reopened to the world in March this year – the last Australian state to do so, Perth Region Tourism Organisation (Destination Perth) went full throttle with consumer and travel trade engagement to make up for two years of pared-down marketing.

It was time to finally welcome people back and show off the many new experiences that emerged during the years of disrupted travel but were only able to draw international attention via campaigns that sought to keep the travel dream alive.

For the capital city and her surrounds, the lure of fresh experiences is especially important, as the region enjoys a high percentage of visitors who are no strangers to Perth as well as Australia.

According to Tracey Cinavas-Prosser, CEO of Destination Perth, on average, 71 per cent of international visitors to Perth have visited Australia before. From Asia, Singapore has the highest repeat visitation averaging 87 per cent, followed by Indonesia, Thailand and Hong Kong – all above 75 per cent.

“Perth did not stand still during Covid. Many tourism products evolved to attract and engage the domestic market, and many fresh ones were created,” said Cinavas-Prosser in an interview with TTG Asia during a June fam trip hosted by her organisation and the City of Swan.

“Every experience that is successful with the locals, which is the hardest market to please since they think they know everything about the destination, will 100 per cent work for the international traveller.”

Two high profile openings in Perth City, the popular gateway to the rest of Western Australia, is the Matagarup Bridge Zip+Climb and the Optus Stadium Vertigo at The Ozone – tantalising options for travellers in search of heart-pounding action in the city. The Matagarup Bridge Zip+Climb invites visitors to trek 314 steps up the steep frame of the bridge, then zip-line back to home base, travelling at up to 75km/hr, while taking in stunning city views. Vertigo guests are harnessed to the roof of Optus Stadium, and invited to walk several metres beyond the edge of the stadium. Bravehearts can even lean over the edge for a photo opportunity.

For a more calming activity, visitors can see Perth from a comfortable rickshaw ride with Peddle Perth’s new two-hour Perth Experience Tour, or eat and learn about Asian food culture through Victoria Park with Up Close & Local Tours.

Cinavas-Prosser said many of the new experiences cater to the growing desire for adventure among post-lockdown travellers.

“The spirit of adventure can mean different things to different people. Adventure could mean finding that amazing restaurant that you’ve always wanted to go to, or it could be zip-lining down the Matagarup Bridge,” she said.

“But for all of these things, people are looking for something different, fresh air and less congestion. Perth can satisfy all these desires, as the city has access to abundant wildlife and nature, which are at our doorstep.”

Indeed, a short and leisurely river cruise from Perth CBD will place travellers in the bosom of the Swan Valley, regarded as the food bowl of Western Australia. Here, one can feast their way through cellar doors, breweries, fruit orchards, produce stalls, and retailers of everything else. But the Swan Valley is more than just a gourmet destination, as it packs in art galleries, themed playgrounds, wildlife parks, and endless wide open spaces that soothe the mind.

Repeat visitors will notice welcoming differences now, such as the revitalised and expanded Sandalford Wines vineyard, the new Limeburners Whisky and Giniversity cellar door and restaurant, the new Marron Lake and Sculpture Trail at Swan Valley Station, fresh visitor experiences at perennial tourist favourites The House of Honey and Mondo Nougat, and many more.

City of Swan’s deputy mayor, Mel Congerton, said: “While our borders were closed, many of our businesses and the Swan Valley Visitor Centre used that time to adapt and create environments that were Covid-safe and appealed to the domestic market. You will find many venues have expanded or added alfresco eating areas to cater to those who want to eat in the fresh air, or added bookable classes and experiences to encourage repeat visitors through their doors.”

The Swan Valley is favoured as both a daytrip and multi-day destination, but Congerton said longer stays are always greatly encouraged because “those who stay longer experience more (and have) more stories to share with friends and family back home”.

He added: “A stay of three or four days allows plenty of time to experience all there is to eat, drink, see and do, from Caversham Wildlife Park and Bells Rapids to award-winning wineries, breweries and distilleries. Naturally, visitors who stay longer also spend more, helping our local businesses. The City of Swan is actively promoting the Swan Valley to Asian visitors as a great place to visit with a new inflight advertising campaign on Jetstar Asia, and through targeted Facebook advertising.”

The biggest tourism evolution, however, has occurred in Fremantle. Cinavas-Prosser described the change as being a “food renaissance”, as the port city has seen an eruption of new restaurants and bars in recent years, allowing visitors to enjoy more than just fish and chips on the waterfront.

Besides a slew of creative bars, eateries and patisseries on the well-known Cappuccino Strip, visitors will delight in many more lifestyle options such as Gage Roads Freo Brewery by the harbour; Running with Thieves bar, restaurant and retail outlet; and Nieuw Ruin wine bar that is set in a restored cottage.

Counting off a string of new F&B destinations and retailers across Fremantle, Wendy O’Shaughnessy, senior economic development officer for the City of Fremantle, said the developments did not happen at the expense of local heritage.

In fact, many of the new additions are located within conserved buildings, breathing new life into old but beautiful architecture and ensuring the spirit of Fremantle carries through the visitor experience.

The Old Synagogue, is an excellent example. Occupying what was once Western Australia’s first synagogue, built in 1902, the venue is now home to the award-winning Tonic + Ginger restaurant, The Arbor beer and wine garden, Mr Chapple café and bar, and L’Chaim speakeasy bar. The exterior is majestic and the interiors are an Instagrammer’s delight.

A landmark change in Fremantle is FOMO, part of the massive Kings Square redevelopment project, a joint initiative between Sirona Capital and the City of Fremantle that has renewed the entire neighbourhood and reinvigorated the city’s heart.

Opened in 2021, FOMO brings local art, architecture, retail, entertainment and food under one roof, alongside new public spaces, a civic centre, a library and a playground in Walyalup Koort.

O’Shaughnessy described FOMO as “an entertainment precinct at its core”, with every “tenancy artfully appointed”.

“The dining alleys are adorned with custom-made brightly coloured lanterns that lend a unique, addictive and eclectic feel. A destination of discovery, the precinct is dotted with sculptural artwork and an impressive array of large-scale murals from national and international artists.

“This development has also been the catalyst for a real and emerging upswing in confidence and investment in Fremantle, which can be seen in new hotel developments in heritage-listed buildings, exciting hospitality venues, and entire city blocks undergoing a complete refurbishment all in a way that retains the character and spirit of Perth’s old town and favourite port city,” she added.

With so many new attractions waiting to be discovered, O’Shaughnessy said Fremantle deserves to be more than just an afternoon feature on the traveller’s itinerary.

Tour planners and travellers can easily build their own stay, dine and play itinerary with a new tool now available on the City of Fremantle’s website, visitfremantle.com.au.