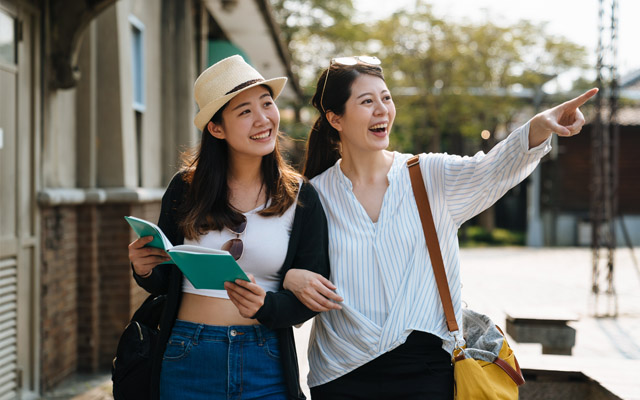 Japan’s outbound travel will spike this summer while domestic travel will reach almost pre-pandemic levels, according to surveys by two of Japan’s largest travel agents.

The top JTB sales of overseas products over the period, though, were Hawaii, Singapore and Guam.

Based on its survey, JTB estimates that 500,000 people in Japan will travel abroad this summer, more than 500 per cent year-on-year but only 17 per cent of the 2019 figure.

The company cites Covid-19 testing on re-entry and the depreciation of the yen as the major barriers to greater rebound. Additional issues include higher airfares due to the impact of the Ukraine war and delayed recovery of air routes, particularly in Asia.

H.I.S. International’s June survey, which explored its package tours over July 21 to August 31, shows reservations are up 2,191 per cent compared to summer 2021, but international travel remains at only 10 per cent of 2019 levels.

The most booked overseas destinations are Hawaii, Bangkok and Seoul.

For domestic travel, H.I.S. noted a “movement to normalise domestic flights”, with the main carriers operating at 95 per cent of their pre-Covid levels from mid-July to end-August. By destination, Okinawa, Hokkaido, Nagasaki and Osaka have the most bookings.

JTB predicts 70 million people will spend at least one night on a domestic trip over the period of July 15 to August 31, an increase of 75 per cent year-on-year and representing 96.7 per cent of 2019 levels.

The company said summer 2022 will see “more destinations, a revival of travel to urban areas, greater use of public transport and an increase in the number of people travelling in groups”.