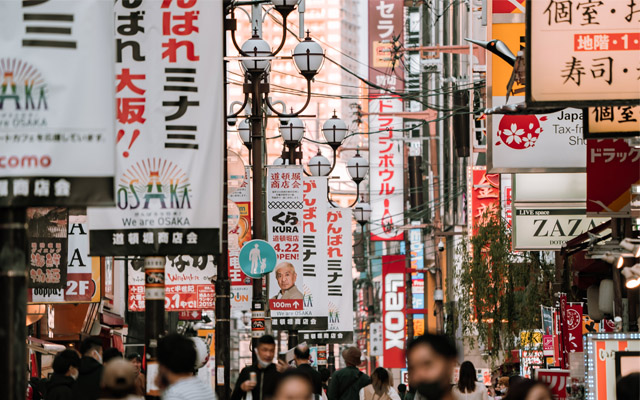 The population enjoyed their first Golden Week without stay-at-home requests since the outbreak of Covid-19, resulting in an estimated 16 million people traveling, according to JTB Corporation.

Transport providers were among the first to show positive performance during the holiday period from April 29 to May 8, 2022 – domestic departures of Japan Airlines (JAL) and All Nippon Airways were almost fully booked on April 29, according to the airlines.

The number of passengers on Shinkansen and limited express trains over the period increased 2.45 times compared to 2021, according to the JR Group, but equates to only 56 per cent of the number over Golden Week 2019.

Demand for such rural destinations reflects the growing interest among Japanese customers for rural areas, a trend also reported in JTB’s survey about Golden Week travel intentions. The study showed 31 per cent of respondents wanted to enjoy natural scenery while 21 per cent wanted to enjoy mountain climbing, camping and other outdoor activities.

In Kusatsu, a town in Gunma Prefecture known for its hot springs, 70 to 80 per cent of its 122-member ryokan inns were fully booked for Golden Week, according to the Kusatsu Onsen Tourism Association.

“Recovery is good and our campsites are seeing customers coming back,” said Taisuke Yokota, managing director of Camping with Soul Japan, which reported occupancy during Golden Week at 80 per cent of its 2019 occupancy over the same period.

He added: “This gives us high expectations for summer visitors.”