Australia has been ramping up marketing campaigns to pave a strong road to international travel recovery. By Rachel AJ Lee 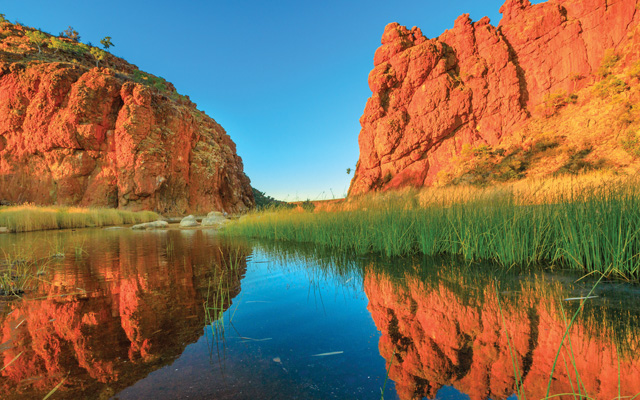 The Australian Government is heavily investing in tourism, where on March 22, 2022, it announced a A$60 million (US$44.7 million) funding boost in tourism. Tourism Australia will also receive a coffer boost of A$45 million over the next two financial years to help bring international guests back to regions hit hardest by international border closures.

A third round of funding – part of a previously-implemented Consumer Travel Support Program – was also released in March 2022. This provides A$75.5 million in targeted support and is open to eligible travel agents and tour providers who are supporting consumers to rebook their travel using existing Covid-related travel credits.

When asked how business looked like at the start of 2022, regional general manager, South & South-east Asia, Tourism Australia, Brent Anderson told TTG Asia: “All the indications we received have been positive. Our recent insights show that monthly flight searches and bookings to Australia rose with news of the return of international travel.”

For example, the top performing market during the week ending March 20, 2022, was Singapore, which showed a 93 per cent increase when compared to the same week in 2019.

Although searches from other top markets such as the UK, Germany and India were not as dramatic, Anderson indicates that “recovery won’t happen overnight”.

He remains optimistic that the industry is “heading in the right direction”.

“It’s going to take some time for the industry to rebuild and return to pre-Covid levels of trade, but we’re very optimistic and buoyed by the positive signs that traveller confidence is growing.”

Help is also available at the local level, Smith shared, stating that the Victorian government and City of Melbourne are also offering attractive incentives, including travel and dining rebates, to encourage visitors back to the city for work and play.

Currently, forward bookings for the hotel look healthy, thanks to several other major events and sporting spectacles on the calendar. In fact, all rooms were sold out during the F1 Grand Prix period from April 8 to 10.

To stay top-of-mind in key markets, Tourism Australia has been rolling out fresh marketing campaigns, as soon as borders reopened on February 21, 2022.

Anderson said the existing Come and Say G’Day – Australia is Yours to Explore campaign, which launched in Singapore ahead of Australia’s reopening, will be rolled out in other Asian markets such as India, Malaysia, Indonesia, South Korea, Japan, and Greater China “as travel reopens”.

Meanwhile, the Come and Say G’Day – Don’t Go Small. Go Australia campaign will run in Western markets including Germany, France, Italy, Canada, the US and the UK.

“These campaigns are just the first step in a long-term strategy to restart tourism to Australia, with further investment in tourism marketing campaigns internationally to come in 2H2022,” said Anderson.

When asked for Australia’s projected recovery for 2022, he told TTG Asia: “Based on the travel patterns to destinations that have opened before us, we expect that inbound travel will recover quickly up to about 40 to 50 per cent.”