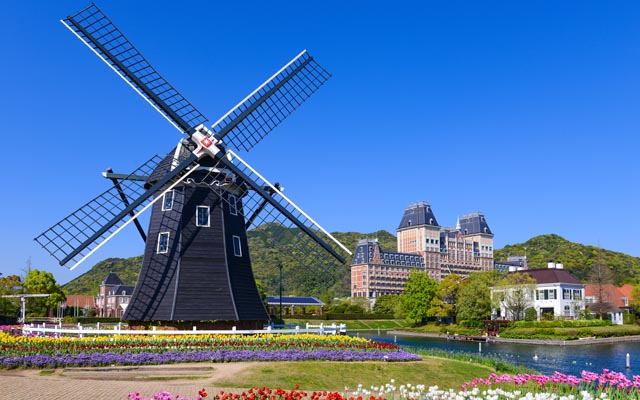 Japanese travel agency HIS Co. is to sell its entire stake in Huis Ten Bosch, one of the country’s largest theme parks, to a Hong Kong investment fund.

The Tokyo-based firm will transfer its 66.7 per cent stake in the theme park to Pacific Alliance Group for about 66.7 billion yen (US$482 million). The park’s five other stakeholders, including Kyushu Railway Co. and Kyushu Electric Power Co., are also expected to sell their shares to the fund.

Located in Sasebo, Nagasaki Prefecture, Huis Ten Bosch is named after the Netherlands’ royal palace in The Hague in recognition of the deep ties between Nagasaki and the European nation, which began in 1609. It recreates the landscape of a traditional Dutch town, with many Dutch-style historic buildings such as hotels, museums, theatres, shops and restaurants.

The theme park features iconic aspects of the Netherlands such as windmills, canals and a park featuring tulips and other seasonal flowers, all interspersed with amusements and attractions. It is also home to Henn na Hotel, which holds a Guinness World Record for being the world’s first hotel to be staffed by working robots.

The loss of inbound and domestic tourism revenue as a result of the pandemic is thought to have been a factor in HIS’s move to sell the park, which attracted 3.1 million visitors in the fiscal year ending September 2015.

The travel agency reported a record nett loss of 26.9 billion yen from November 2021 to April 2022, and announced it would reduce its capital from 24.8 billion yen to 100 million yen to improve its financial situation.

New owner Pacific Alliance Group is expected to continue operations of Huis Ten Bosch, which has “high growth potential”, according to a company representative.

The fund also has investments in the operator of Universal Studios Japan in Osaka.