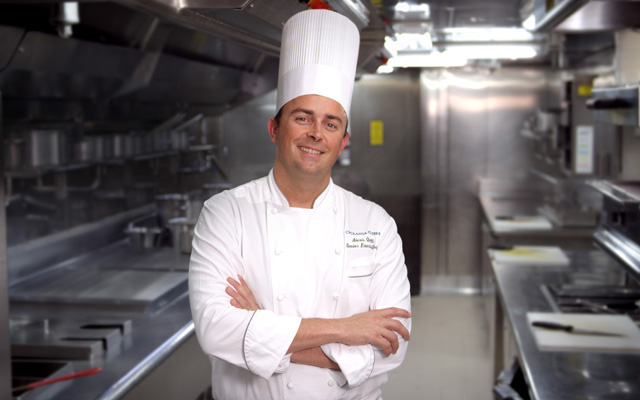 Oceania Cruises has appointed chef Alexis Quaretti as director of culinary programmes and development. Previously senior executive chef for Oceania Cruises, Quaretti will now oversee all aspects of the development, introduction, and implementation of new concepts across the line’s seven ships and 12 restaurant brands. Quaretti first joined Oceania Cruises in 2004 and was soon promoted to executive chef at the young age of 27.

“We welcome Chef Alexis, one of the most influential chefs in hospitality, back to the Oceania Cruises family with open arms,” said Howard Sherman, president and CEO of Oceania Cruises. “He brings a unique perspective to the role, having been an integral part of our growth and prowess over the last 20 years helping build our reputation for serving The Finest Cuisine at Sea.