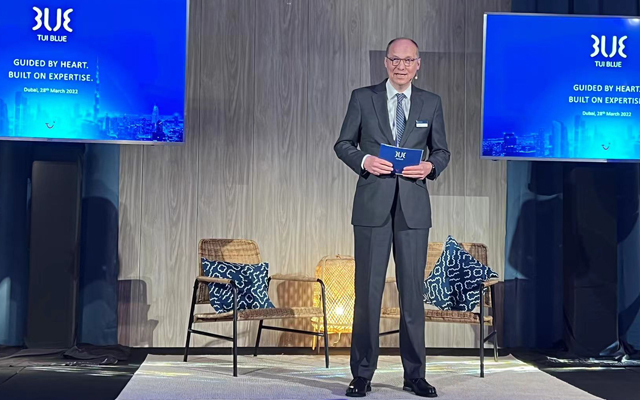 Germany headquartered TUI Group will expand its TUI Blue global hotel brand into new regions across South-east Asia, China, and the Middle East, and Southern Africa, with some 300-plus hotels as its eventual goal.

An important driver for the future growth strategy are international partnerships in which TUI Blue hotels are operated either under management contracts or by franchisees.

The TUI Blue business model was presented to investors as well as representatives of the hotel industry at a hybrid event in Dubai on March 28.

TUI Blue will establish its own hotel development team in the Arabian Gulf and Hong Kong.

Progress in Asia is being made with the formation of a dedicated team as well as contracts being signed for the first TUI Blue hotels in China, shared Artur Gerber, managing director for TUI Blue.