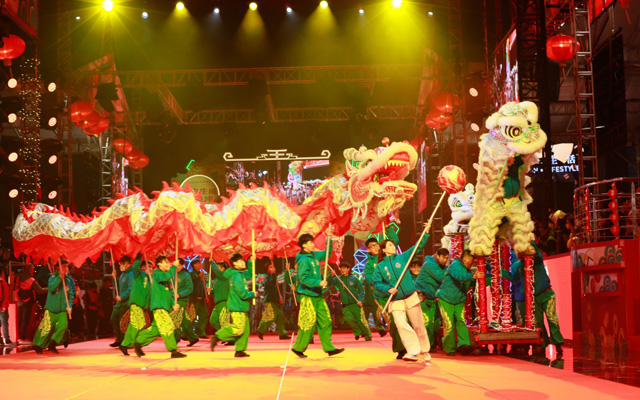 The seven-day Spring Festival Golden Week from January 31 to February 6 has brought Macau 113,600 inbound tourists, a year-on-year increase of 25.4 per cent.

Mainland Chinese tourists made up the bulk of arrivals, up 29 per cent year-on-year.

Hotel occupancy rate rose 15.2 per cent for the festive period to stand at 63.8 per cent.

According to the Macao Government Tourism Office, the Chinese New Year travel peak season benefited from easing entry measures at the Zhuhai-Macao port that came just in time for the extended holidays, as well as a hive of festive events for the public.

Quarantine measures at the Zhuhai-Macao port were earlier tightened for a period in view of growing Covid infections in the neighbouring areas.

The destination rang in the Year of the Tiger with a parade and fireworks displays on February 3, with a second float parade scheduled for February 12. The 14 decorated floats will also be on display at the seafront next to the Macao Science Center from February 4 to 11, and at Tap Seac Square from February 13 to 20, accessible for free.

A second fireworks show was conducted on February 7, and a third will come on February 15.

Speaking at the parade’s opening ceremony on February 3, secretary for economy and finance, Lei Wai Nong, said the safe execution of the event was especially meaningful to Macau in her branding campaign as a safe and quality destination.