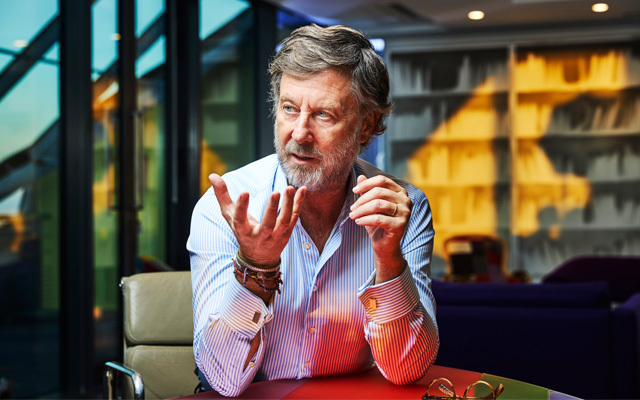 Accor is no longer in survival mode but in rebound mode, said its CEO Sebastien Bazin. He expects a full recovery by spring 2023.

A lot depends on the return of Chinese travellers, who are the major source of arrivals for Asia. Nearly a quarter of Accor’s 5,252 hotels are in Asia.

“We miss the Chinese traveller terribly and hope they can return as soon as possible,” said Bazin. “If soon, Asia will have a fast V-shape recovery.”

Although that’s a big if, Bazin is optimistic about Asia, which is reopening to international markets.

“We’re going to see lots of Europeans and Americans coming to Thailand, Cambodia and other Asian countries the minute they open. These are wonderful destinations. So we’re going to miss the Chinese, but don’t be pessimistic, because it’s going to be better than expected,” he said.

Asia could be “happily surprised” by the quality of spending and volume of traffic that is coming, said Bazin.

“In Europe and America, people are eager to travel and have saved money to travel. They accept to pay more for travel and are staying longer.”

He said since cross-Atlantic travel reopened on November 8, all planes from Europe to America have been fully booked.

While that is some consolation, China represents more than 40 per cent of international arrivals across Asia, according to a JLL report in October. The Asian countries that depend the most on Chinese arrivals are Hong Kong, South Korea, Vietnam, Japan and Thailand, in that order. In 2019, there were 169 million China outbound travellers.

If China remains closed, cities such as Tokyo, Seoul and Ho Chi Minh City (HCMC), where a lot of new supply has opened to meet China market growth, would be greatly affected, said JLL. For instance, HCMC’s occupancy could recover to near 70 per cent, but with a prolonged China closure, it would be around 50 per cent.

An obstacle to a return of China outbound is if Chinese-made vaccines are less effective to handle new variants and China maintains its zero-Covid policy. If so, China could close borders for longer, over fears of its outbound travellers returning and spreading a new variant, said JLL.

Few Accor owners are in trouble
For Asian hotel owners, it’s been a long, tough ride. Domestic travel, huge in countries such as Vietnam and Japan, is restricted. In Thailand, where it’s not, it’s a weekend market. In Singapore, there’s only so many staycations locals can endure.

Bazin, who is in Singapore this week, said Accor has been supportive of its Asian owners.

“Anything that helps with liquidity has already been done. In the last 18 months, we accepted to be flexible with brand protection. If the property needs capex (capital expenditure) and it’s agreed pre-pandemic, the renovation is postponed because the owners don’t have the means to do it. So I accept a bit lower standards, not much,” he said.

According to Bazin, not even 10 of Accor’s 4,000 owners globally have gone through deep financial difficulties, a third of them in Asia.

“The average debt of our owners is probably 30 per cent against the asset value. I am blessed to have strong third-generation families, insurance companies and sovereign wealth funds owning hotels. Their strength and stability is remarkable.

“That said, a lot of large economies in the Western world have provided state guarantee loans, stimulus packages and furlough benefits to owners.”

Accor is the major owner of the joint venture with London-based Ennismore, founded by Sharan Pasricha. Completed last month, it pulls together a who’s who list of lifestyle hotel brands, such as Ennismore’s Hoxton and Gleneagles, and Accor’s SLS, Mondrian and 21c Museum Hotels, which the global chain bought pre-pandemic.

Altogether, there are 14 brands, including Accor’s hostel creation, Jo&Joe. This reflects that Ennismore isn’t about luxury, but innovations and experiences.

Currently, there are 100 hotels in this group, or two per cent of Accor’s hotel network. This should grow to 250 hotels in three years. But the kicker is, Ennismore will “quickly” represent a “big” percentage of Accor’s profitability, said Bazin, who declined to say the figure.

That’s because more than half of the hotels’ profit comes not from rooms but lifestyle experiences such as F&B, events and co-working. While local communities usually shy away from hotels, they want to see and be seen in these ones, he said.

He believes Asia will take to Ennismore like the Middle East has. Ennismore and Saudi Arabia’s Tourism Development Fund (TDF) have agreed to establish a US$400 million fund to develop Ennismore’s brands in 12 destinations in the kingdom. Bazin expects 12 to 15 lifestyle hotels to be built under the deal.

TDF will identify locations and provide financing options for the projects, while Ennismore will handle aspects such as design and operations.

“You’re going to see such funds by other big countries, likely here as well (in Asia), to accelerate the lifestyle position in their region,” said Bazin.

“If 55 per cent of your profit is from the local community, then you don’t have to depend on airlines, OTAs and so on, and your customer is a repeat. That reduces risk.”

The pandemic has increased demand for lifestyle. People want fulfilment, experience and discovery, he said.

It took frontiers to close for hotels and locals to realise that they need each other more than they ever imagined.