Hokkaido is banking on her great outdoors to win back Western and Australasian markets. 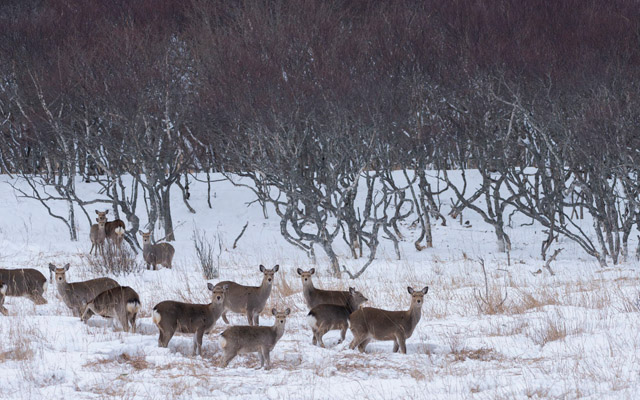 Hokkaido’s luxury travel sector is eyeing post-pandemic growth from Europe, North America and Australasia in hopes that these travellers are eager to experience outdoor adventures after months of staying home due to anti-Covid restrictions.

Hokkaido is well known for its high-quality powder snow, top-end onsen (hot spring) ski resorts as well as the Sapporo Snow Festival, which turns the prefectural capital into a winter wonderland every February. However, the travel industry is now hoping that an increased appetite for spending time outdoors and being active physically will put Hokkaido on the international travel map as “Japan’s northern frontier”.

Much of the central and eastern parts of the prefecture are rugged wildernesses largely untouched by man, including Daisetsuzan National Park. It is possible to see red-crowned cranes, among the rarest birds in the world, in the Kushiro marshlands or to spot whales and dolphins in the Sea of Okhotsk. One can even walk on the ice floes that gather there in winter.

It is these kind of experiences, unique to Hokkaido, that M Mizutani of the Hokkaido tourism board believes will attract a new kind of luxury traveller: someone who prioritises travel of immense value over lavish hotel rooms or fine dining.

“Hokkaido is unlike other parts of Japan,” Mizutani declared, pointing out its clearly defined seasons, wild scenery, adventure offerings, extremely high proportion of food sourced from within the prefecture, and cultural fusion of the Japanese and the indigenous Ainu people.

While Japan’s hosting of the Rugby World Cup in 2019 saw a record number of European tourists to Hokkaido, the tourism bureau’s Kaori Inoue said more is being done to raise awareness among the Western markets of everything the prefecture has to offer. Efforts include promoting places like the colourful Furano flower fields to show Hokkaido’s potential as a summer destination as much as a winter one.

Infrastructure is set to keep pace with promotion. March 2023 will see the opening of the Hokkaido Baseball Park, which will feature glamping facilities, hotels, hot springs and concert halls.

The Shinkansen line will also be extended from Shin-Hakodate Hokuto Station to Sapporo by fiscal 2030, reducing travel time from Tokyo to Sapporo to about five hours.