As the year-end approaches, several exciting festivals are lining up in Macao to collectively present an atmosphere of celebration 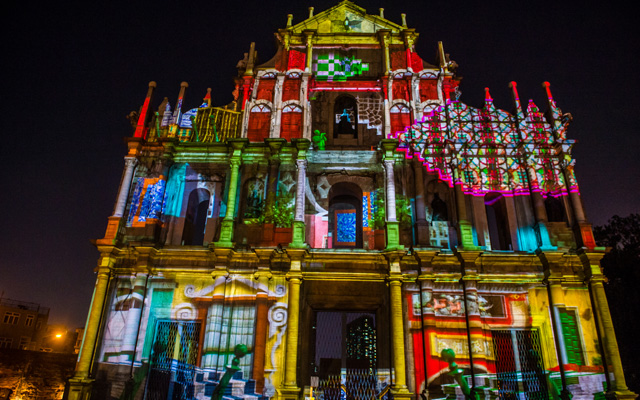 The holiday mood lifts as the year comes to an end. Here in Macao, the sense of fun radiates even stronger, thanks to festivals that span from November until the start of the new year.

Made possible through the sponsorship of six major integrated tourism and leisure enterprises in Macao, the event will broadcasted across mainland China and overseas, spreading the word on Macao’s ever vibrant and safe living conditions.

To bring the races to everybody, the Macau Grand Prix will feature numerous public engagements.

The 68th Macau Grand Prix Family Carnival at Tap Seac Square from November 6 to 7 will feature a miniature Guia track, allowing little ones to live out their dreams of being the next world racer and to learn more about the event and racing activities in a lively and interesting way.

Furthermore, large-scale screens broadcasting the event will be set up at various locations throughout the local community and Macao residents can participate in the 68th Macau Grand Prix Photo Contest.

Over at the relaunched Macao Grand Prix Museum, 16 Little Racer DIY workshops will be held over the weekends in November. Parents and their little ones can come together to craft a wide range of car-inspired souvenirs, such as clay toy cars, hand-painted bags, handmade soap, puzzles, mosaic film artworks and more.

A festival of fun
Tour Macao FUN Fair kicks off on November 6 with a line up of festival markets, cultural performances, creative workshops and interactive games every weekend throughout the month. Hosted at Taipa Houses, the fair is not to be missed for anyone wishing to get acquainted with the destination’s unique culture and customs in entertaining ways.

A festival of delicacies
The annual Macau Food Festival returns to please hungry bellies from November 19 until December 5 at Sai Van Lake Plaza, with a range of gourmet favourites rounded up from across Asia, Europe, mainland China and Macao. Live entertainment, games and beer competitions bring even more flavour to the much-loved food festival.

Organised by the United Association of Food and Beverage Merchants of Macao, the 21st Macau Food Festival also aims to provide an international marketing platform for local catering businesses and ensure that tourism activities achieve a spill over benefit to economic development.

A festival of arts
Macao’s art scene appears to be most boisterous this year-end, with numerous major events and public activations marked for the concluding months of 2021.

Music lovers and aspiring musicians rejoice, for the Hush! 2021 Concerts returns this month with free performances across Macao’s many scenic and iconic locations as well as workshops where participants can learn from accomplished musicians, composers and producers, such as Aricalangi, Pun Kuan Pou, Joao Marcos Gomes Mascarenhas and Joe Lei.

Meanwhile, tourism mascot MAK MAK makes an artistic statement through a series of four art installations at the Portuguese-styled Taipa Houses, set up with the support of the Cultural Affairs Bureau and the Macao Government Tourism Office. The Having Fun with Mak Mak series features the mascot dressed in Portuguese costumes and becoming a travelling companion for visitors.

In addition, Taipa Houses’ participation in the Art Macao: Macao International Art Biennale 2021 also welcomes the exhibition Global City by Argentine artist Leandro Erlich. The artwork is made of steel and resin, and conceptualised around the idea of a global village. It inspires visitors to reflect on land development and the application of information technology, exploring in depth the Internet and the convenience in life as well as the ways of communication and interaction between people.

A festival of lights
The Light up Macao Drone Gala will take place on December 4, 11, 18, 20 and 25, during which some 300 drones will light up the evening sky, with each performance lasting 10 to 15 minutes.

Through the themes The Art of Love for Motherland, Build Your Dreamland, Charm of Macao, Embrace Your Journey in Macao, and Passion for Macao, the presentations utilise a symphony of technology, integrated 2D and 3D design, light and sound effects – all orchestrated by five talented teams from Shenzhen, Guangzhou, Tianjin and Beijing.

Set along the same theme of lights, the Macao Light Festival will be held from December 4, 2021 to January 2, 2022, and promises a line-up that will rival past years’ programmes. First launched in 2015, the annual event brings in projection mapping and light installations to conjure stunning visuals across the destination’s iconic zones and landmarks.