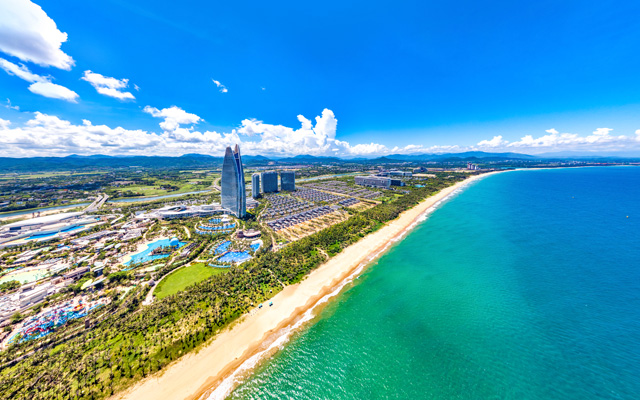 The number of Chinese consumers against the idea of travelling amid a pandemic has fallen, and a majority welcomes destination promotion content, noted Dragon Trail International’s fourth semi-annual China Traveler Sentiment Report.

The study fielded in mid-August found that while willingness to travel remains the same as in March 2021 at 20 per cent of respondents, the number of people who had said they would not travel has decreased by 32 per cent, replaced by people who said they would travel but would do so cautiously – up 43 per cent.

Mengfan Wang, manager of research, Dragon Trail International, in presenting the latest findings on September 24, said: “This means, more Chinese are thinking of taking protective measures, avoiding crowds and monitoring the local pandemic situation at the desired destination before they go.”

Wang said the study has also picked up an encouraging “new sentiment” – many respondents are now looking forward to travelling again as a means to relax.

“This signals that there is a growing frustration and longing for a chance to ease pandemic anxiety (through travels),” she explained, adding that China’s recent domestic outbreaks had led to rising levels of anxiety among people to avoid crowds and to have their mask on at all times.

“Despite that, the willingness to travel has remained the same. That is good news for us,” Wang said.

The latest China Traveler Sentiment Report has also picked up stronger intentions among Chinese consumers to travel farther than they said they would in the last study six months ago.

However, travel desires have outstripped actual plans for the long holidays. Fifty-eight per cent said they would travel cross-provincially if they could, and only four per cent maintained no travel plans at all. Wang said the study identified stronger preferences for nature trips, visits to islands and beaches, as well as rural tourism that satiated Chinese travellers’ desire for seclusion and relaxation.

“However, traditionally crowded attractions like themed parks and museums will still have a place in the new normal,” she added.

While roadtrips fell out of favour in the March analysis, this form of travel regained interest now, prompting researchers to believe that such trips are seasonal – more popular for summer holidays and less for winter.

“There is also a drop in interest in outdoor and sports activities. This could remain niche, and the Winter Olympics (in Beijing next February) could inspire some growth in the near future,” remarked Wang.

A welcoming Chinese community
With the 2022 Winter Olympics scheduled to take place in Beijing from February 4 to 20, Dragon Trail International also took the chance to gauge Chinese consumers’ thoughts on inbound tourism for the first time.

“More than half said the games should be open to visitors from anywhere as long as they are fully vaccinated and have a negative Covid test result to show,” said Sienna Parulis-Cook, director of marketing and communications with the company. Of the remaining respondents, 23 per cent said the games should open to only domestic spectators, and 25 per cent said it should follow the Tokyo Olympics and play to no spectators at all.

Parulis-Cook said: “Realistically speaking, the games will likely be held under extremely strict safety protocols that would go above and beyond what Tokyo had. But what stands out in our findings is the welcome that the Chinese have for game spectators and international visitors to join in the games festivity.”

“However, openness to inbound travellers does not necessarily means the people want to change China’s very strict quarantine requirements,” she added. “These requirements continue to be at least 14 days in a centralised facility, and in some cases, followed by additional quarantine at home or a period of health monitoring with restricted movements in public.”

When asked for their opinion on quarantine requirements on arrival in China, 30 per cent of respondents said the measures should be relaxed for travellers who are fully vaccinated and have a negative Covid test result; 28 per cent said requirements should remain the same; and 36 per cent said measures should be stricter. Only five per cent wanted the measures to be relaxed for everyone, and an even smaller one per cent wanted exemptions for Chinese citizens.

Parulis-Cook believes that in the short term, or until the Olympic Games is over, travellers arriving in China should expect to have to go through extensive quarantine.

Outbound confidence
China’s strict outbound travel restrictions have locked Chinese consumers away from the outside world, limiting their exposures to online means, such as livestreams, videos, photos or written content.

A majority 81 per cent of respondents said they felt positive when they saw content on outbound travel destinations. According to Parulis-Cook, these respondents said such content fascinated them, inspired them to travel outbound, or helped them to escape from daily anxieties.

“In tracking neutral keywords most associated with outbound travel information, we saw a lot of sentiments around wanting to travel internationally. Words were usually involving gastronomy, lovely scenery, beaches, nature and cravings for novel experiences and relaxation – in line with Mengfan’s analysis that the Chinese are wanting to travel to relax,” reflected Parulis-Cook.

Parulis-Cook recommended that destination marketers approach messaging carefully, and to apply content that addresses concerns about safety, such as declining cases of new infections and improving rate of national vaccination. “When we asked respondents about the prerequisites to travel internationally again, we found that travel advisories have the strongest impact,” she said, adding that zero confirmed cases in the destination as well as absence of quarantine on arrival and upon their return are seen as travel motivators.

Other prerequisites for one to return to international travel included the destination’s high vaccination rate of more than 80 per cent and personal vaccination.

“China has already achieved a high national vaccination rate, with a billion residents – about 75 per cent of China’s population – having been fully vaccinated (as of week of September 13). Vaccination rates are particularly high in big cities like Beijing, where outbound travel is most likely to come from,” said Parulis-Cook.
“However, zero confirmed cases in destinations would have to wait a little longer to be achieved,” she said.

In tracking Chinese consumers’ perception of destinations, more ‘unsafe’ and ‘unsure’ sentiments had surfaced in the new study. Parulis-Cook said that could have happened due to a new rating scale being used. The March scale used a seven-point rating that went from ‘extremely safe’ to ‘extremely unsafe’, while the August scale provided only three options – ‘relatively safe’, ‘unsure’ and ‘relatively unsafe’.

“Because of the new scale, some respondents who previously marked a destination as ‘somewhat safe’ had now moved that opinion to the ‘unsure’ category,” she said.

“One of things that lead us to believe in this is that, with the exception of Japan, the order of the other countries have remained the same between March and September. For example, Singapore is still regarded as one of the safest destination to visit, while the US is the least safe,” she elaborated.

Japan was an exception in the destination perception ranking. Once regarded as among the safest destinations to visit in March, Japan is now rated ‘unsafe’ by 70 per cent of respondents. Parulis-Cook suggested that this might be due to Japan’s rising case numbers and extensive media coverage on Japan’s Covid-19 conditions throughout the 2020 Summer Games in Tokyo.

Dragon Trail International researchers also concluded that rising local infections in many destinations as well as their strategy to live with Covid have impacted destination perceptions, particularly as the latter goes against China’s own stance.

Parulis-Cook concluded that the latest findings have painted an encouraging picture for destination marketers looking at the China market.

“People’s appetite for travel might actually be stronger than their sentiments around safety, and they are happy to receive outbound travel info even though they may feel it is unsafe to travel right now.

“Even if the rating of your destination does not look too good right now, you have time to remedy that,” she said.

In fact, according to ForwardKeys’ China market expert, Nan Dai, a full recovery of Chinese outbound travel could only happen in 2025, and outbound traffic would remain at a standstill until mid-2022.

Her expectation is shaped by China’s zero-case approach and intention to ensure that China remains safe for Olympic athletes. She expects the government to maintain strict travel restrictions until mid-2022 and employ a gradual reopening to international travel after.

Dai also shared that ForwardKeys has downgraded its recovery prediction for 2021, following worsening Covid-19 infections across Asia as new variants emerged. Chinese outbound travel is expected to only recover 12 per cent of 2019’s volume this year. In March, ForwardKeys predicted a 25 per cent recovery by end-2021.