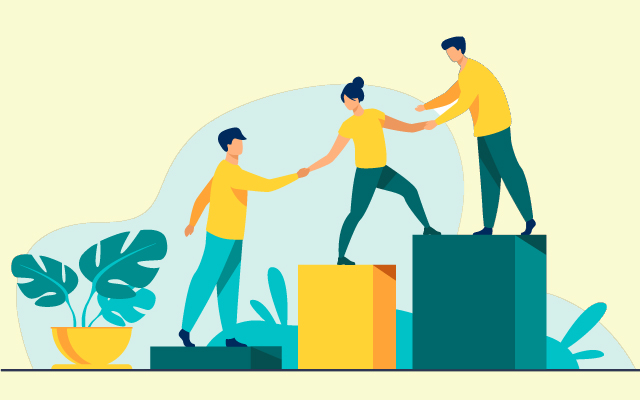 At a time when business survival is being challenged and individuals find themselves tackling new procedures and pressures at work and at home arising from remote work arrangements, mentorship becomes a critical function that is also harder to grasp.

Andrew Chan, founder of ACI HR Solutions, a leading human resource firm specialising in the travel, hospitality and lifestyle industry, explained that the pandemic has had an impact on jobs, resulting in leaders themselves being adversely affected. Furthermore, with lockdowns and social distancing in place, mentorship meetings are disrupted.

“In general, most were just scrambling to survive and deal with their present situation, waiting until the fog lifted a little before seeking or offering mentorship,” Chan observed.

However, the isolation from team members and leaders has only served to emphasise how interactions at the workplace are the critical basis from which deeper collaborations and ideas are born, as well as offer much needed social connection for mental well-being.

Ailynn Seah, vice president of sales, MIC and Associations with Marina Bay Sands in Singapore, who has played mentor to members of her team at work as well as people outside of her work environment, said: “I have seen how problems such as mental health compound with isolation. It is more difficult to maintain a positive outlook on the future.

“For example, one of my current mentees who has always been a high performing employee at work suddenly broke down during one of our sessions when she revealed that she had trouble coping with the pressure. And this is why the value of mentoring has been highlighted during the pandemic.”

Compounded difficulties
Even in rosier times, before the pandemic hit and disrupted travel, tourism and business events, team leaders in the industry said mentorship was not an easy function to deliver and access – but difficulties were mostly due to misconceptions.

Chan explained: “One big misconception is that mentors must be managers or are in leadership roles, which is not necessarily true. A mentor can be anybody that is experienced in his/her role and life itself. This discourages potential mentors as they may feel that they are not in a position to offer mentorship.”

Leaders may also keep away from offering constructive guidance due to a lack of personal or professional confidence, as well as poor communication skills, lack of motivation, and lack of space in one’s emotional bandwidth, suggested Benoit Badufle, managing director of Horus Development & Consulting.

Badufle, who was named Highly Commended Mentor 2019 in ACI HR Solutions’ 2019 Mentor of the Year awards, offers this advice to leaders: “If you do not have a natural inclination to mentor younger contemporaries, you may change your idea by understanding that, as a mentor, you nurture people but you also cultivate yourself. That is an absolute certainty.”

On the receiving end, Chan said mentees could likely resist requesting for guidance to avoid being perceived as weak. “Again, this is a misconception, as being able to identify one’s shortcomings and the curiosity to gain knowledge is often seen as a strength by leaders,” he said.

Seah shares the same observation. She elaborated: “On the contrary, I think that accepting a mentor reflects strength and trust. Regardless of the scope of the mentorship, the mentor-mentee relationship and trust are crucial in making the mentorship work. It takes a certain level of trust on the mentee’s end to confide in and reveal their vulnerabilities without the fear of being judged.”

Different ways to connect
Against a backdrop of safe distancing considerations and remote work arrangements, mentoring sessions are slipping behind screens.

For Badufle, interaction limitations have inspired him to come up with new ways to connect with his team. One of the things he did was to establish a weekly Zoom lunch, during which the team would discuss a classic film that he had recommended days ahead. Through this exercise, Badufle introduced the team to major cinema works such as 2001 a Space Odyssey, The Paths of Glory, Clockwork Orange, and AI Artificial Intelligence.

“These are works that my young colleagues may never have discovered, and sharing these films allowed us to discuss themes such as technological innovation, its possibilities and its perils; war and deception; societal responses to crime, ethics and conscience, etc. They loved it and took much interest as these discussions broadened their intellectual and emotional universe. Mentorship is also about that, developing skills but also (expanding) horizons,” Badufle said.

Online mentorship does not mean a lack of human connection, opined Seah, who said “the inherent kindness and empathy behind each interaction can still be felt through the screen, serving as a strong support system and an opportunity for connection”.

She also emphasised that despite the gloom of the pandemic, the changed environment has given her an opportunity to expand her mentorship contributions.

From having time to mentor only one person pre-pandemic, Seah now has four mentees on hand – one is with Children-At-Risk Empowerment Association (CARE Singapore), a pilot mentoring programme by Marina Bay Sands’ corporate responsibility programme Sands Cares; one with Daughters of Tomorrow; one with PATA SIT Student Chapter; and one with a Christian organisation where Seah guides a lady who lost her job during the pandemic.

“Now more than ever, I see the importance of mentorship, and the mentor-mentee relationship being even more 360 degrees,” said Chan. “The experience and resilience through past crisis from mentors are obviously invaluable, but I also see younger mentees being able themselves to offer insights into how the industry might reshape itself post-Covid, particularly around digitalisation and technology.”

When asked which provided the strongest influence on a positive mentoring culture at the workplace – corporate direction that mandated mentorship through structured programmes or leaders passionate about raising people around them, Seah said neither could exist without the other.

“While having a structured mentoring programme would work, its efficacy and longevity still lie with the individuals delivering the programme. If individuals don’t have the heart or passion, or view the programme as obligatory, then the essence of mentoring and the act of helping another person grow wouldn’t be true to its calling,” explained Seah.

“Likewise, a company may have leaders who are passionate about nurturing the people around them to grow, but leaders are human too. The passion in mentors is like a flame – without a positive environment to fuel the flame, the flame will also eventually burn out. As much as an individual can effect change alone, a company’s culture that celebrates diversity, collaboration and social ties, would benefit many more in the long run,” she added.

Seah revealed she has been personally motivated by like-minded executives at Marina Bay Sands. “In 2018, a few female executives and I started a Women’s Connect Lunch to get to know other female employees at the company. It was a no-agenda lunch, but it helped foster new friendships across departments,” she said.

The company’s pilot mentoring programme for youths, launched earlier in 2021, has also given Seah a sense of fulfilment in being able to mentor a 14-year-old teenager for the very first time.

Giving recognition
As companies in travel, tourism and business events emerge from the initial shock of Covid-19 and begin to chart their recovery, Chan recognised that mentorship would play a critical role in the industry’s talent roadmap.

As such, ACI HR Solutions has brought back its annual Mentor of the Year award, which was put on pause in 2020. The event has received an “overwhelming response” and almost 50 per cent more nominations than previous years.

Chan said that there were also “some wonderful and compelling stories from mentees”.

“This just shows me how important mentorship has been during this Covid crisis, and it fills me with confidence that we have the experience and expertise to bring us through it,” he remarked.

This article was first published on ttgmice.com.