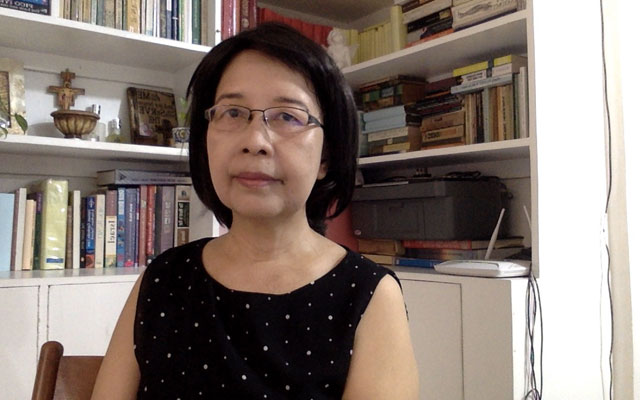 Even as Susan del Mundo recently retired after 40 years with the Tourism Promotions Board (TPB), the learnings on destination marketing that she accumulated benefit the industry to this day while certain projects that she pioneered have become more essential in the altered travel landscape.

Her leaving marks the end of an era, Susan being the last to go among the pillars of TBP’s previous incarnation – as Philippine Convention and Visitors Bureau (PCVC) and, prior to that, Philippine Convention Bureau (PCB) – who steered Philippine MICE to its heyday and made the country Asia’s darling in the days of yore. She joined other pillars like Domingo Ramon Enerio III, Daniel Corpuz, Elizabeth de la Fuente, Rosvi Gaetos, Maricon Ebron and Venus Tan.

Despite a 14-month stint as Tourism Attaché in New York until February 2019, cut short by an open heart surgery, del Mundo delivered with a significant increase in arrivals from the US and Canada, the take off of cruising in Florida, and scored international events such as the Bohol portion of the Grand Fondo New York global cycling race in 2019 and which Iloilo is planning to be a part of, Kiwanis International Convention next year, and ASTA wanting to return to the Philippines.

A certified public accountant with a master’s in tourism management, this passionate yet silent worker learnt destination marketing from her assorted positions in the US, UK and the Philippines, influenced by various tourism secretaries: establish alliances and friendships, work with embassies, talk to officials of associations such as the American Association of Retired Peoples with members in the millions.

When tasked to handle the 2006 ASEAN Tourism Forum (ATF), del Mundo gave Davao the chance to host over Manila, Cebu and Subic. With poor safety and security image, it was tough to push Davao to buyers but she mobilised the Air Force of the Philippines behind the scene and the Philippine Navy which ensured underwater safety. Feedback was that it was one of the best ATFs ever, with del Mundo learning to tap the local government, address the safety and security issues, and showcase Mindanao’s colourful tribal heritage and farm produce.

Del Mundo led the team that conceptualised and implemented the Grassroots for Entrepreneurs for Ecotourism (GREET) to encourage small and micro entrepreneurship from 2006 to 2010. Many are still ongoing in Visayas and Mindanao and in Sorsogon; the donated boats still offer tours of Bulusan Lake while trained fisherfolks guide tourists in sustainable interaction with Donsol’s whale sharks or butandings, and trained women cook and serve meals.

With the pandemic raging and many tourism workers rendered jobless, there is a call to support small and micro enterprises similar to GREET and promote eco-friendly and sustainable tourism.

Del Mundo also initiated the fam trip for local tour operators which was taken over by the Philippine Tour Operators Association (Philtoa) when she was transferred to London as marketing and administrative officer of the Department of Tourism. That time when PCVC had no budget for this project, del Mundo funded it on her own by getting sponsors, asking non-sponsors to pay for the trip, and rotating the funds so that the fam trip became self-sustaining.

Among the tourism secretaries that influenced del Mundo are Wanda Teo who levelled up the Philippine branding and promoted local culture; Mina Gabor who promoted impactful projects like the Fiesta Islands campaign and brought in not just MICE but also sporting and other international events; Alberto Lim who’s more on product development, quality than quantity and short stay vs long stay markets; and Ace Durano who was more on market forces thus uplifting emerging and opportunity markets.

From Jose Aspiras, del Mundo learnt the importance of PR, image and market positioning of the Philippines. Aspiras held massive public relations campaigns overseas, hired top-notch PR companies to promote a very positive image of the Philippines, embarked on foreign roadshows and cultural shows to the benefit of tourism.

Apart from learning the importance of research as product offerings have to be aligned with what the audience want, del Mundo learnt professionalism from former PCVC boss Elizabeth de la Fuente and from tourism secretary Ramon Jimenez, how the It’s More Fun in the Philippines campaign changed the country’s image, expanded to other emerging markets like Russia, and addressed the safety and security issues.

I don’t expect del Mundo to rest on her laurels in retirement.

“Tourism is in my DNA. I can continue to serve as a private individual,” she told me.

Rosa Ocampo is correspondent, Philippines for TTG Asia Media. She reports for the company’s stable of travel trade titles, including TTG Asia and TTGmice.