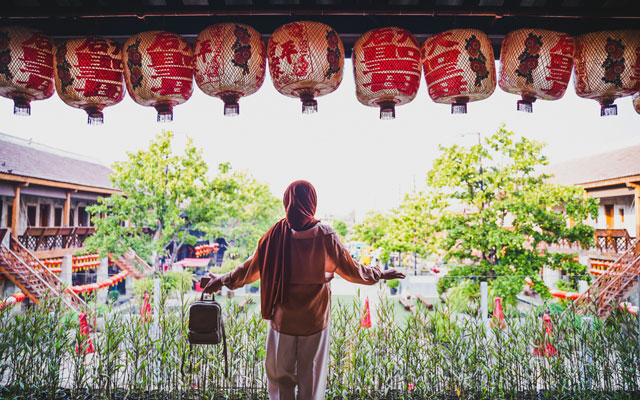 Malaysia is keen to collaborate with the travel industry in Indonesia and Thailand to develop a common set of Muslim-friendly tourism standards in hopes of attracting more Muslim travellers to the destinations.

The initiative, proposed by the Ministry of Tourism, Arts and Culture Malaysia (MOTAC), would enhance cooperation within the Indonesia-Malaysia-Thailand Growth Triangle (IMT-GT).

Noor Zari Hamat, MOTAC secretary-general, shared that his ministry, through its agency, Islamic Tourism Centre (ITC), is willing to take the lead.

ITC was set up in 2009 with the aim of developing the Islamic tourism industry through research, capacity building, standards and certification, training and branding.

Speaking at an ITC webinar entitled Understanding Muslim Friendly Tourism, he said: “As a sub-region, Indonesia, Malaysia and Thailand have rich resources in terms of beautiful and attractive natural landscapes, unique culture, history and world-renowned heritage sites, delicious cuisine, warm and wonderful hospitality and exciting events, among many others.

“These are all assets that have potential to draw the interests of not only conventional tourists, but also the lucrative Muslim tourist market.”

He called on stakeholders from Malaysia, Indonesia and Thailand to leverage each country’s strengths to establish a compelling and attractive sub-regional tourist destination so as to capitalise on the pent-up travel demand among Muslim tourists post-pandemic.

Uzaidi Udanis, president of the Malaysian Inbound Tourism Association, welcomed MOTAC’s proposal. He said: “Having a common standard assures Muslim travellers from the South-east Asia region and beyond that their faith-based needs will be met when they visit Indonesia, Thailand or Malaysia – three countries that are actively wooing the Muslim traveller.”

ITC has developed a halal standard for Muslim-friendly accommodations and is working towards establishing similar standards in other areas such as spas, tour packages and healthcare.