Competition among hotels to fill their rooms has intensified over the past year, with rates being slashed as much as 70 per cent to win over an increasingly price- and value-conscious traveller. 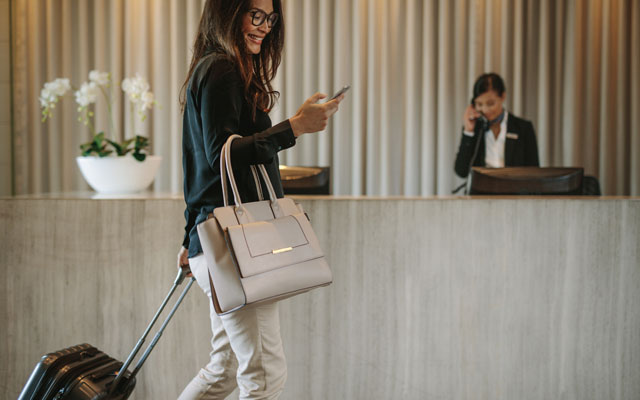 Competition among hotels to fill their rooms has intensified over the past year, with rates being slashed as much as 70 per cent to win over an increasingly price- and value-conscious traveller.

The consumer study, conducted in 1Q2021, showed that travellers are now more price-sensitive than before the pandemic, with 87 per cent of them expressing concerns about their personal financial position during the pandemic.

With only two per cent of global travellers and three per cent in Asia-Pacific regarding hotel prestige and status as the most influential factor in hotel accommodation selection, GlobalData’s associate travel and tourism analyst, Gus Gardner, said budget hotel options would emerge winners as travel and tourism resumes.

Gardner said: “The pandemic has placed a considerable strain on travellers’ finances. Despite this, travel demand is still high, and many are looking to escape in desperate need for a change of scenery. Travellers are more likely to trade extras offered at mid- to upper-scale hotels for a more basic ‘pay for what you need’ service standard.”

EL Khomri, executive vice president and COO of The Erawan Group, also believes that budget hotels would see the earliest return to pre-pandemic business level, as they are a better fit for post-pandemic price-sensitive leisure and business domestic travellers.

Although many upscale hotels have invested in growing customer loyalty during the pandemic’s travel downturn, Gardner said changes in traveller sentiment could put a damper on the success of such activities.

“The financial squeeze from the pandemic will likely push travellers to budget travel options, forgoing loyalty benefits in the process,” Gardner commented.

Hotels’ battle royal
However, with the ongoing price war cutting across all hotel categories, as mid- and upper-scale hotels dig into lower-spending markets to make up for the lack of international guests, budget hotels could be at the losing end when travellers can now get more for less.

Trip.com’s Weekend Super Deals weekly online sale for the Singapore market, which kicked off in March, features mostly mid-scale to high-end hotels and dangles a variety of lures – from exclusive hotel discounts of up to 40 per cent, one-for-one hotel deals, and added perks such as late checkouts. The company also organises weekend campaigns in other Asian markets such as Hong Kong and South Korea, with different curated offers for each.

In its Mendadak OTW online travel sale in April this year, Indonesia-based OTA Tiket.com dished out special hotel rates that were up to 70 per cent below normal price. The move expanded hotel bookings by 131 per cent.

Sudarsana, general manager business development and marketing communications, Santika Indonesia Hotels and Resorts, said the company was able to shave 50 per cent off the rates of its three-star Santika and four-star Santika Premiere branded properties during online flash sales. By offerings budget-hotel prices for stays that promise mid-scale hotel facilities, price-conscious Indonesians have driven up demand for Santika’s mid-scale properties.

Artotel Group has also lowered its rates, but only as low as they “made sense and were reasonable”, shared COO Eduard Pangkarego. The hotel company runs a five-hour flash sale every Friday, with room rate discounts of up to 50 per cent.

“We will not prostitute our rates,” he asserted, but recognised that the competition among Indonesia hotels is now a fierce battle – and one where budget hotels would find it hard to triumph over generous mid-scale and upscale rivals.

It’s not just about the price tag
While hotel rates have dived, Asian hoteliers agree that price alone will no longer score them the next guest, as perceived stay value is now more important in the hotel accommodation selection process.

A Trip.com spokesperson told TTG Asia: “While price, location, hotel rooms and view from the room used to be the key considerations for most users previously, we noticed that users are now placing more emphasis on the value of their booking and overall experience of their stay. Price is no longer the only or main consideration for users.”

To ensure that promotions speak to the heart of today’s travellers, Trip.com collaborates with different hotels to curate packages for different types of travellers and which carry value-added perks, such as late check outs, free room upgrades, free club access, and dining credits.

According to Wutthiphon Taworntawat, managing director of UHG, which operates 11 mid-scale hotels in Bangkok, Thailand, the post-pandemic traveller is “picky” and will prioritise hotel location, in-hotel F&B options and other facilities, additional services such as early check-in and late check-out, guest safety, high-speed Internet connection as well as hotel image.

“Travellers may not bargain for the lowest price but they may demand something else that answers their needs. That is another aspect of price sensitivity,” Wutthiphon said.

Improvements in online travel retail have made it easier for travellers to compare room rates and value-adds, noted Wutthiphon, who added that hoteliers must therefore “accept the change and adapt” by offering more than just an attractive price tag to impress customers.

Competing beyond price is also critical for the long-term business viability of hotels.

Vincent Delsol, general manager at Pullman Phuket Panwa Beach Resort, acknowledged that it is a challenge for hotels to continue running with the low room rates witnessed over the past year while dealing with the same – or higher – operating costs today.

Delsol opined that hotels will need to cater to travellers’ desire for travel products and experiences that provide “meaning and authenticity” instead of those that are “generic and undifferentiated”.

Hotels, especially in the luxury and premium sector, would need to “reset their services”, move away from a rate focus, and “invent meaningful experiences”, according to Delsol. – Additional reporting by Kurniawan Ulung and Suchat Sritama