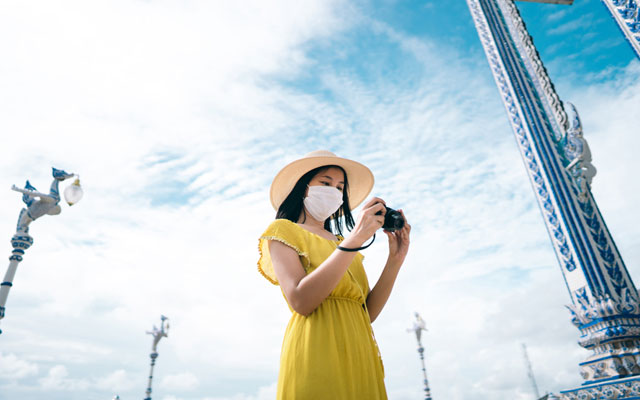 The new mid-year revision of the Asia Pacific Visitor Forecasts 2021-2023 from the PATA indicates a hard year ahead in 2021 but with recovery occurring thereafter, albeit in a very uneven fashion.

The latest prediction is based on the most recent data and information at its base, amid the extreme volatility in the travel and tourism sector brought on by the Covid-19 pandemic and the resultant containment policies and measures enacted in order to prevent its continued spread. With the original PATA Asia Pacific Visitor Forecasts 2021-2023 report, projections for that period were made using estimated baseline data for 2020, albeit on the latest data for each of the 39 destinations within Asia-Pacific. During the intervening months to date, however, not only have new data become available, but a range of other factors have surfaced as well, leading to this scheduled review of the forecasts with these new developments factored into them.

Across all 39 Asia-Pacific destinations, the difference in the estimated values used in the original forecasts and those with the most recently released official arrivals data was a positive gain of 3.8 per cent between the two. From an initial forecast of 121.843 million international visitor arrivals (IVAs) in 2020 in the original series, the actuals can now be updated at 126.475 million. The contraction rates and loss of arrivals still remains severe however, with an overall reduction between 2019 and 2020 of more than 577 million foreign arrivals. Those losses, unfortunately, are forecast to continue throughout 2021 for most sub-regions, under all scenarios. The exception is Asia, which is predicted to have a positive annual growth of almost 51 per cent year-over-year, under the mild scenario. That singular result can be expected to move the Asia-Pacific overall position to an annual increase of a little more than 27 per cent, between 2020 and 2021, but only under the mild scenario. All other positions remain negative over that period.

The good news, however, is that 2022 looks to be promising, with annual increases across the board, ranging from gains of 105 per cent to 320 per cent under the mild scenario, to between eight per cent and 75 per cent even under the severe scenario. It is important not to be seduced by such large annual percentage increases however, as despite those gains, the absolute volume of arrivals remains well below the 2019 benchmark for IVAs, even out to 2023 under some scenarios. The surge in annual arrivals between 2020 and 2021 into Asia under the mild scenario is expected to come from mostly Northeast Asia source markets, with the Russian Federation also adding a welcome boost in numbers. Collectively, this top five source market cluster is expected to add an additional 29 million IVAs into Asia between 2020 and 2021, representing some 80 per cent of the predicted increase into the region over that period. Along with the volume increases, there are likely to be some significant annual percentage growth gains into Asia between 2020 and 2021. Although these increases are more than robust, the actual impact on the absolute volume of arrivals is minimal, however, they do represent strong interest in the destination region and are certainly worth tracking over time to evaluate longer-term potential. Liz Ortiguera, CEO of PATA, explained: “Expectations for a return to the past should be shelved and more attention paid to those source and destination markets best preparing to drive recovery within Asia-Pacific. Travel recovery is being driven by a complex range of factors from the varying market policies regarding virus control and containment to local citizens’ sentiments on vaccine take-up.

“Success will come to those that efficiently implement science-based best practices to control the pandemic in their home markets to restore both source market government and consumer confidence. In the travel industry, a ‘duty of care’-based approach in delivering services and products will support a more sustainable recovery.

“On a positive note, our forecast projects a pent-up demand for travel experiences in the Asia-Pacific region. Flexibility in marketing and delivering new experiences to engage travellers as corridors open up will be critical.”