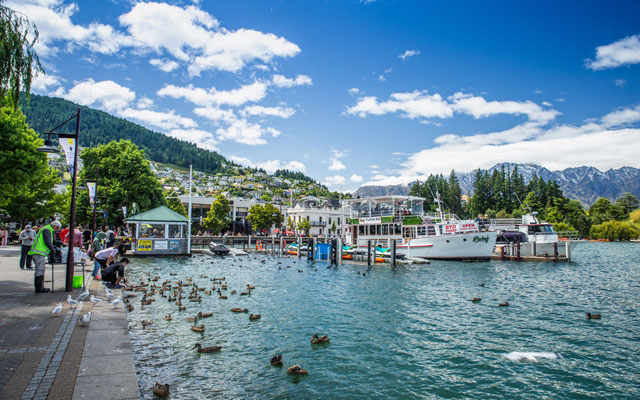 The announcement of the trans-Tasman travel bubble earlier this month has triggered a massive spike in travel searches between Australia and New Zealand for stays over Anzac Day, The Queen’s Birthday and Christmas public holidays.

While both markets experienced a boost for tourism in more off-the-beaten-track destinations by domestic travellers during the Covid period, big-ticket tourist spots of the Gold Coast, Sydney and Melbourne, plus Auckland, Queenstown and Christchurch are very much back in vogue for the Trans-Tasman travellers, respectively.

Following the announcement of the trans-Tasman route opening, Queenstown shot to the top spot for searches on Agoda.com by Australian origin travellers, knocking Bali into third spot, behind Thailand’s Pattaya. Auckland comes in seventh place, with neither New Zealand destinations having featured in the top ten international searches the week prior to the announcement on April 6.

“This surge in searches and bookings following the Australia and New Zealand governments’ announcement of the Trans-Tasman agreement, is reflective of a trend we have witnessed in both Australia as domestic borders reopened, and across Asia-Pacific as more markets discuss opening travel corridors,” said Zsuzsanna Janos, director Oceania at Agoda.

“The desire for immediate travel to international spots clearly highlights people’s pent-up desire and passion to travel again, as soon as there is a safe option to do so. But what’s also interesting is the return of longer-term travel planning, as per pre-Covid-19 times, which reflects a resurgence in travellers’ confidence.”