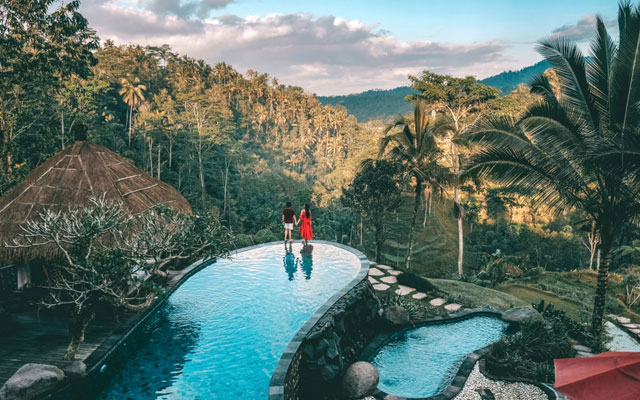 As Covid-19 lessens its grip on the world, the economies of the Asia-Pacific region will likely be among the first to return, according to a report by ILTM Asia Pacific.

The report, titled Asia Pacific and the Global Travel Recovery, which was produced by ILTM in partnership with Barton, provides the latest insights into the luxury travel industry in the Asia-Pacific region.

Utilising data that was collated and validated during the year of a pandemic, the report reveals a long-term view of the Asia-Pacific region that provides a high degree of cautious optimism for 2021 and beyond.

As restrictions ease, in-region travel will be at the heart of the recovery – an estimated 57.5 per cent of Asia-Pacific traveller’s outbound spend is spent within the region.

A huge contribution to this total is made by Asia-Pacific’s high net worth (HNW) population, which numbers 6.4 million individuals. Despite only being 0.15 per cent of the region’s massive population, they contribute almost half of the region’s total to the GLTU (48 per cent).

Asia-Pacific is the fastest-growing region for wealth in terms of both population (number of HNWs) and total wealth. Given the very strong link between wealth and luxury travel spend from the region, this means very strong growth in the Asia-Pacific contribution to the total spend on the GLTU.

Over the last decade, China has been the biggest success story in terms of wealth growth in the world, not just Asia-Pacific. As a result, it makes a huge contribution to the total Asia-Pacific spend related to travel. For instance, 49 per cent of the whole region’s spend on airfares and lodging, which equates to US$114 billion, is made by travellers from China. Of this, over half (52 per cent) is made by China’s HNW population, which is around 29 per cent of the total Asia-Pacific HNW population.

However, the future of wealth in Asia-Pacific is not a solely China story. Well-established wealthy markets such as Japan, Australia and South Korea, along with fast-growing ones like Vietnam, India and the Philippines will all contribute to the creation of an ever bigger HNW population.

Asia-Pacific travellers, inbound and outbound, contribute US$251 billion to the US$1.54 trillion global luxury travel ecosystem of activities. Outbound Asia-Pacific traveller spend is 28 per cent of this, above the global average of 23 per cent. This is reflective of the fact that many Asia-Pacific HNW individuals must travel internationally to take part in some of the most favoured activities in the luxury travel ecosystem, such as large-scale sporting events.

Asia-Pacific’s HNW population contributes almost half of the region’s outbound global spend on ecosystem activities at US$34.4 billion (48 per cent), demonstrating just how important the region’s wealthy are to the global luxury travel experience economy.

Despite the effects of Covid-19 persisting globally, many of the 55 countries that make up the Asia-Pacific region have been considered excellent examples of resilience during a period that has upended the travel industry like never before.

With 2021 now underway, businesses everywhere are understandably looking for a jumpstart in the industry, and it is in this that the Asia-Pacific region continues to draw attention. Asia-Pacific is the fastest-growing wealth region in the world, which was what identified it as a key location for the travel industry to expand into long before Covid-19 was known about.

Despite the challenges faced globally since the pandemic began, the wealth-growth trend seen in Asia-Pacific prior to the pandemic has only paused – and in some cases – even increased.

The reasons for this buoyancy are manifold. After being the hardest hit 17 years ago by the SARS epidemic, Asia-Pacific is much more used to pivoting in response to viral threats than the western world. Moreover, there has always been a huge market for those based in Asia-Pacific to travel within the region, which is fulfilling the still prevalent desire for travel among HNW individuals.

It is also clear, of course, that this is not a standard recession, allowing for well-prepared wealthy Asia-Pacific travellers to continue to accumulate their wealth in readiness for when the world’s borders are fully open once more.

With the financial resource, desire and inherent ability to pivot during incredible disruption, Asia-Pacific travellers should be seen as pioneers of the new luxury travel landscape, providing the much needed economic injection the industry has been waiting for.