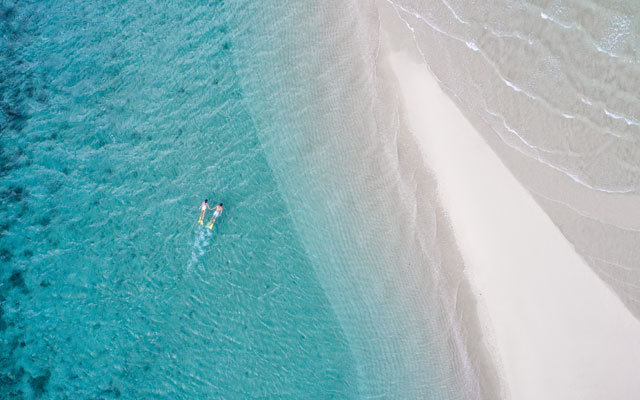 People are more mindful than ever about travelling consciously following the Covid-19 pandemic, with younger travellers leading the charge in Australia, revealed a recent global survey by IHG Hotels & Resorts.

The research is commissioned as part of IHG’s launch of Journey to Tomorrow, a 10-year action plan committing to making a positive difference and helping shape the future of responsible travel.

Some 60 per cent of the 9,000 adults surveyed across the US, the UK, Germany, Greater China, the UAE and Australia agree that they want to be more environmentally and socially conscious on their travels. For Aussies, this was led by 70 per cent of younger travellers (aged 18 to 24), as compared to just 39 per cent of those 55 and over.

It appears travellers not only intend to do more for the planet and communities around them, they are willing to pay for it too. The research found that global consumers will spend an average of 31 per cent more on accommodation they know operates responsibly – with 51 per cent happy to fork out more than 20 per cent extra a night. And Down Under, younger Aussies are again leading the charge. While the average Aussie young adult would be prepared to part with up to 34 per cent more money for green accommodation, 55 and overs would only pay an extra 13 per cent.

Consumers are also now more mindful about preserving and connecting with the communities around them. Almost six in 10 Aussies say they care more about doing their bit for local communities and the planet while travelling now than they did 10 years ago (57 per cent globally). In fact, following the pandemic, more than half of Australian adults (55 per cent) are more likely to be mindful of supporting local communities when travelling, and 58 per cent will be more mindful of dining out and supporting local businesses.

Some 86 per cent of Aussies say it is important to get to know the local community when visiting somewhere new – a finding consistent across the globe. Of these, 80 per cent say they will do this by supporting local eateries, followed by shopping locally (77 per cent) and speaking with the locals (69 per cent).

A further three in 10 (31 per cent) of young Aussies aged 18-24 will choose to stay with travel companies that offer local community programmes. Interestingly, younger travellers are also almost four times as likely to get involved with volunteering when visiting somewhere new, as compared to the 55 and overs (23 per cent compared to six per cent, respectively).

The appetite for better, greener travel is ripe. An incredible 86 per cent of Aussie adults say they are committed to taking their everyday sustainable habits with them when they travel – compared to 82 per cent globally – with using the correct waste and recycling disposal for different items taking the top spot as the number one habit (81 per cent).

Leanne Harwood, managing director Australasia & Japan, IHG Hotels & Resorts, said: “There’s no doubt the past year has made us more conscious than ever about the world around us, and the choices we make to care for our people, communities and planet. Journey to Tomorrow embodies IHG’s strengthened commitment to make sure we do what’s right, not just what’s needed, so we can help shape the future of travel with our guests, hotels and partners.

“Through our new commitments, we are determined to contribute towards positive social and economic change, stand up for key issues such as diversity and inclusion and human rights, and to make more responsible environmental choices.”