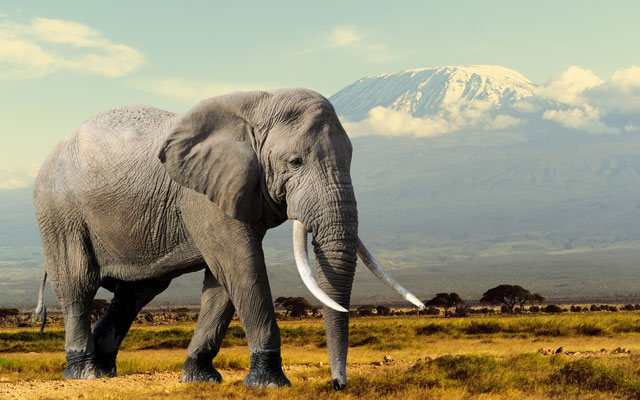 WWF, in cooperation with GlobeScan, recently released the findings of an extensive study conducted to understand the main drivers and motivations of Chinese outbound travellers to purchase ivory products abroad and suggest targeted interventions to curtail demand among this group of travellers once international travel resumes in the new normal.

The study, which was conducted between August 2019 and January 2020, surveyed 3,011 outbound Chinese travellers to Cambodia, Hong Kong, Japan, Laos, Myanmar, Thailand, and Vietnam in the previous two years.

The results revealed that one in 10 Chinese travellers (11 per cent) had planned to purchase ivory prior to their trip. This was especially true for those travelling to Thailand (21 per cent), Japan (19 per cent), and Hong Kong (17 per cent).

He also shared that 22 per cent of surveyed travellers had someone recommend visiting an ivory retailer, with almost a quarter of travellers having visited at least one shop that sold ivory.

Recommendations to visit these shops were mostly given by local tour guides (60 per cent) and staff at tourist information centres (37 per cent).

Karen Xue, director of WWF’s Ivory Initiative, shared: “The fact that ivory purchases are being facilitated by those working in the travel and tourism industry in destination countries is worrying, but also presents a good opportunity for targeted interventions.

“If we can change the behaviour of these tourism sector actors, we can greatly reduce the chances that travellers have to purchase ivory while abroad.”

When assessing the authenticity of the ivory, nearly half of the travellers surveyed (47 per cent) relied on authenticating documents provided by the sellers to determine if the ivory was real.

Of those that bought ivory, 44 per cent of consumers mailed it home to mainland China, either personally or through the retailer, while 28 per cent carried it back with them.

Jan Vertefeuille, senior advisor on advocacy in wildlife conservation for WWF, said: “These findings show that creative demand reduction efforts and interventions with the private sector are key if we want to keep Chinese outbound travellers from taking ivory home.

“If we can discredit the documentation that identifies ivory as ‘authentic’ or get courier companies to cooperate with our counter wildlife trafficking efforts, we can disrupt the flow of elephant ivory into China.”

Another key finding of the report revealed that 17 per cent of Chinese outbound travellers think it is legal to bring ivory back to mainland China.

Thus, among GlobeScan’s recommendations to WWF was to educate the Chinese public that it is illegal to transport ivory across borders under any circumstances and to have campaigns dissuading Chinese travellers from purchasing ivory.

Other recommendations included targeting courier and delivery companies in their campaigns to reduce illegal cross-border transportation as it has been found that sending ivory and rhino horn products by mail is the most popular method of transporting it back to mainland China.

As the Lunar New Year and Golden Week Holidays combined accounted for more than half the trips undertaken by outbound travellers to the seven destinations in the study, it was also recommended that campaigns be organised targeting these two peak periods.

GlobeScan also suggested devising campaigns against the practice of buying ivory as a gift. A poll conducted during the online unveiling of the findings where participants were asked what non-ivory, wildlife-friendly souvenir they thought would make a popular alternative saw the majority of respondents (44 per cent) voting for local artisan crafts, followed by gems and minerals (21 per cent).

This study builds on previous consumer surveys about the elephant ivory trade in China conducted by GlobeScan for WWF which looks at changes in attitudes and purchases since China banned its domestic ivory trade on December 31, 2017. Following this historic decision, WWF initiated a global initiative addressing the supply and demand of ivory products which is embedded in its multifaceted strategy to tackle the illegal wildlife trade around the world.