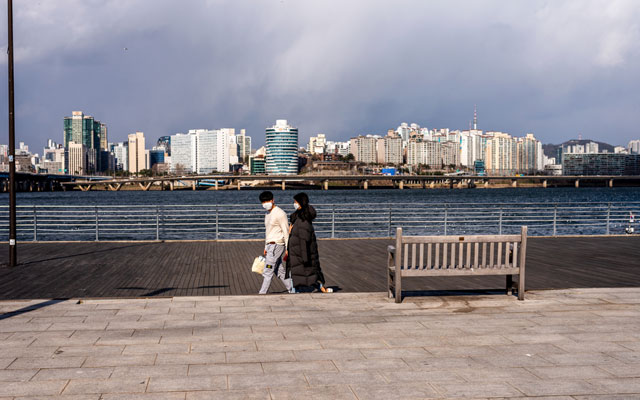 A sharp shift towards domestic tourism, shorter booking lead times, and rising demand for contactless booking tools are some of the emerging trends in the post-pandemic travel landscape in China and South Korea.

These insights are based on a study by B2B accommodation provider WebBeds, following extensive research including focus groups, expert insights, interviews with travel experts, and its own in-house data.

In China, WebBeds has found that the country relied on the rebound of its large domestic tourism sector, although uncertainty is still having a major effect. Ted Zhang, co-founder and CEO of DerbySoft, revealed that the booking window has shortened to just two to three days in advance, as customers lack information on when hotels and facilities will be fully operational.

This assertion was echoed by Zhiwei Bai, vice president of brand marketing of Tongcheng Elong, who also stated that online hotel bookings have significantly increased, and that walk-ins have become almost impossible as travellers don’t know if a hotel is still operational.

According to Bai, domestic airfares were “surprisingly low” this year, which enabled many migrant workers to book flights. Many trains were suspended and demand for bus tickets grew fast.

Wenzhi Zhao, executive vice president of Guangzhilv Travel Agency, noted that his business – like many others – has shifted to focus on domestic travel. “We are intensifying efforts to develop small group customised products with niche characteristics, especially products focused on ecotourism and wellness,” he said.

Over in South Korea, spending power and independent travel are diving revival. Following the closure of international borders, South Korea saw an 80.2 per cent plunge in international visitor arrivals in the first eight months of 2020, according to government data. But while the country has a much smaller population than China, it still ranks as the world’s ninth biggest outbound tourism market – a reflection of South Korea’s affluence. This local spending power has the potential to fuel a domestic rebound.

WebBeds research found that, as in China, booking lead times in South Korea have been severely shortened, which has also reduced the popularity of early bird rates. Flexible booking conditions are now the top priority for customers when making a travel or hotel reservation. Interestingly, Youngmi Jung, general manager overseas at Interpark, noted that travellers are now booking either ultra-short breaks or very long holidays, with a preference for self-contained stays.

The preference for secluded vacations since the onset of Covid-19 has also led to a rise in South Korean motorhome holidays. Despite mixed opinions on the sector’s long-term sustainability, Kyung Ok Kim, managing director of Hotelpass, suggested that demand may continue in the post-pandemic era, as more people become accustomed to this style of independent travel. South Korean consumers were also found to prefer contactless booking.

Finally, the usual travel seasons have been usurped by Covid-19 swings; according to Wook Sung, managing director of Shinhwa World, demand now grows when customers feel confident that an outbreak is under control and declines when a new outbreak occurs.

Sun Kok Sheng, WebBeds’ CCO for Asia Pacific, said: “The results of our focus groups in China and South Korea correlate with WebBeds’ own in-house findings. For example, our bookings have seen a considerable shortening of lead times, with a 60 per cent increase in proportion of bookings made two to three days in advance.”

“We’ve noticed a sharp increase in requests for room rates that include value-added services, such as dining, airport transfers, spa treatments and hotel credit. We’re also offering our clients in certain markets a B2B affiliate programme to book motorhome vacations,” he added.

Based on the findings of its research, WebBeds recommends that hotels and other tourism providers continue to offer flexible travel policies, rather than simply relying on discounting. It also advises travel agencies and other stakeholders to continue making investments in technology, including contactless services.