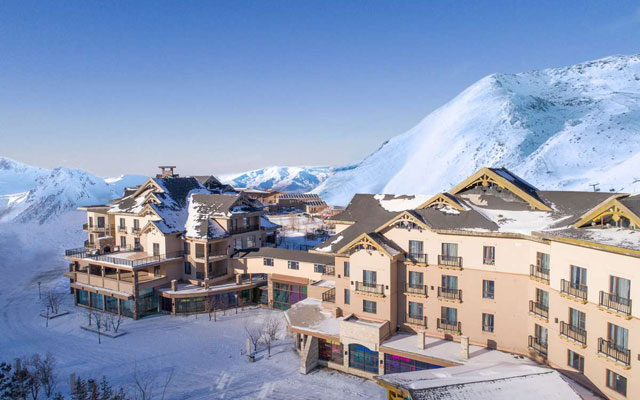 Trapped within their borders, Chinese consumers are channelling their overseas travel budgets to more frequent and longer domestic holidays as well as premium accommodation with add-ons.

Speaking on a panel at the annual Hotel Investment Conference Asia Pacific 2020 last week, Shimao Group’s vice president, Tyrone Tang, shared his observations that domestic travel is no longer confined to public holidays, and instead is taking place every weekend.

Compared to pre-pandemic times, the Chinese are vacationing more within their home region, indicating a preference for nearby, accessible destinations. They are also travelling with children and parents.

“Travellers, especially those from the luxury segment, are willing to splurge on premium accommodation and meals in place of overseas travel,” Tang said, adding that Chinese customers with greater spending power have been driving the increase in hotel occupancy and room rates.

Customers are now planning for their winter retreats, fuelling demand for ski packages. Club Med’s winter packages that were launched last week got snapped up within minutes, revealed Dassi, who predicted that ski destinations like Changbai Mountains in Jilin would “get a lot of success” with the snow-seekers.

Sharing findings from a recent Horwath HTL survey, project director, Yichen Zhu said five-star hotels are recovering better than four-star ones, as people with limited time to travel this year are choosing to make the best of their time with upgraded experiences. At the same time, high-end hotels often promise better health and safety measures along with a less crowded environment, all of which appeal to consumers today who prioritise personal safety.

Not only are travel patterns changing, Chinese consumers are altering their purchasing habits, noted Dassi.

“Customers are prioritising refundable rates and flexible booking terms as they want to make sure their money is safe should something happen (to disrupt travel plans),” he said, adding that hotels have also become more creative in their selling process by turning to live-streams to engage customers and push for sales.

With the growing acceptance of hotel vouchers among customers, booking platforms in China have also added on redemption features to their sites.