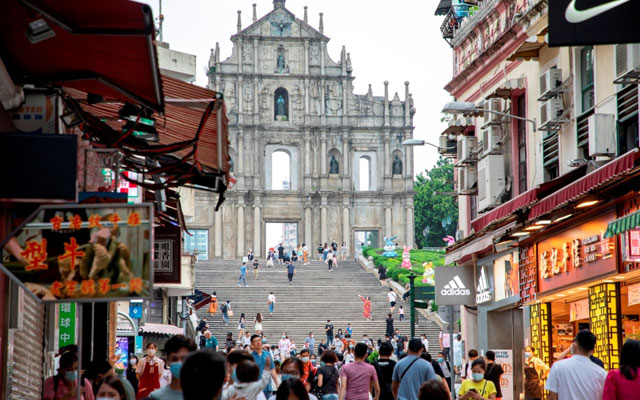 Tourist arrivals to Macau are gradually picking up pace, with the special administrative region welcoming 156,000 visitors over the National Day Golden Week holiday, which took place between October 1-8, following the reopening of its borders to mainland visitors.

Although the figure marked a year-on-year fall of 86 per cent in average daily visitor arrivals, according to provisional statistics from the Macao Government Tourism Office (MGTO), it signalled a post-Covid rebound.

The city recorded 145,000 visitors from the mainland, which was the major source of visitors, constituting 93.1 per cent of total visitor arrivals with an 84 per cent decline in average daily visitor arrivals from last year.

Owing to virus containment measures, Macau registered only 9,614 and 1,231 visitor arrivals from the Hong Kong and Taiwan regions, respectively, as well as 13 visitor arrivals coming from international markets.

Visitor arrivals from the mainland have gradually risen in recent months as the pandemic situation stabilises in Macau and the mainland.