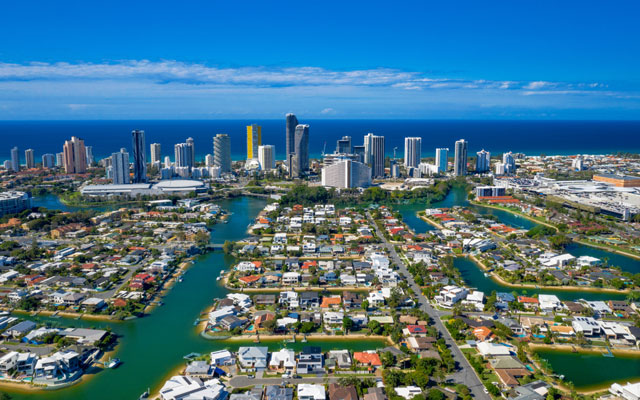 Australia’s short-term hotel performance will remain similar to recent months, with regional areas outperforming capital cities over the next three months, according to STR’s latest data.

Parallel to other countries across the world, higher occupancy in regional areas is especially pronounced on weekends, and occupancy-on-the-books data for the next 90 days (as of October 5) shows a similar pattern.

Data for October 17, for example, shows regional Australia’s occupancy on the books at 46 per cent, while the capital cities show 26 per cent in the metric. November and December data follows suit, with regional Australia data sitting between 14-32 per cent and capital cities between 8-17 per cent. Post-Christmas is where the trend begins to shift slightly, with more Australians set to head out of town for their summer vacations. “Airline capacity remains low as corporate travel is restricted, and even as state borders reopen, our capital city markets will see limited midweek travel. To date, as reflected by the occupancy on the books for the capital cities, corporate travel has not recommenced, and it looks more unlikely that it will before the end of 2020.”

Over the next 12 months, the Sydney surrounding market, as defined by STR, shows higher occupancy on the books when compared to the greater Sydney market. Sydney surrounding is a key drive-to market, so it is expected to benefit from those travellers wishing to take weekend leisure trips.

“Brisbane, Perth and Canberra lead bookings for the coming weeks,” said Burke. “Cancellations are limited compared with the beginning of the year, but pick-up is still much weaker than we would expect to see under a normal trading environment. However, pick-up for the past month has been quite consistent, which shows there is travel activity happening and sustaining the current trading levels we have seen most recently.”

Even with some level of activity, performance data remains well below historical averages. Preliminary September data for the country shows occupancy came at 43.1 per cent, representing a decrease of 42.3 per cent year-over-year. Average daily rate was down 17.9 per cent to A$147.50 (US$105.21), while revenue per available room fell 52.6 per cent to A$63.51.