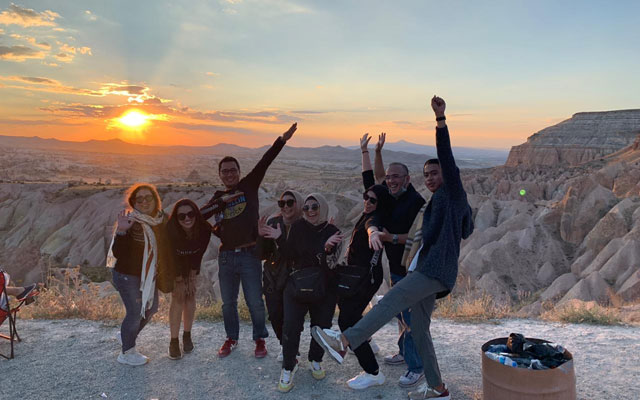 A combination of pent-up wanderlust and lockdown fatigue is driving demand for international travel among Indonesian travellers, with a pick up in outbound tourism bookings, following the reopening of borders in Turkey and the UAE.

Fonny Wijaya, general manager at Tripuri Wisata, said that the agency has sent more than 10 tour groups to Turkey since the end of July, even last month when Jakarta reimposed large-scale social restrictions across the capital city.

“At first, it was a bit difficult to sell Turkey because people were still worried about Covid 19. (However,) after the first and second groups travelled, demand began to increase, especially bookings for departures in October to December,” she said, adding that the pandemic has not deterred Indonesian tourists from travelling to destinations open to foreign visitors.

Interestingly, the demand is not only flowing from Jakarta, but also, small cities in Java, such as Bondowoso in East Java. While the number is still small, with only 15 to 20 people per departure, “there is always a group that leaves every week,” Fonny said.

She believes that the end of the year could be the peak season, as Turkey starts to enter winter, with the country gaining appeal in recent years as an alternative destination among Indonesian tourists desiring to see snow.

To build up hype, Kanomas Travel and Tour has crafted tour packages featuring famous clerics and celebrities. The tour is scheduled to depart at the end of October, with a target of 50 participants.

Dian A Rachmat, general manager of Kanomas Travel and Tour, elaborated: “With people afraid to travel amid the pandemic, the package has to be compelling. A beautiful destination alone isn’t going to cut it, so we try to provide the added value by (inviting) the clerics (to be) tour guides so the participants will have a unique experience.”

Dubai is another favourite destination among Indonesian travellers, with Golden Rama Tours & Travel reporting that the agency has began accepting reservations to the UAE’s most populous city. Its director, Edhi Sutadarma, said that enquiries have started to roll in about which destinations are safe and welcoming travellers during this time.

Edhi elaborated: “Many Indonesian travellers have expressed that they miss travelling. There are also those who are tired of being locked down for too long. It is a good sign for the industry.”

Even though travel demand to Dubai has picked up, Edhi admitted that the numbers are not as significant as those to Turkey.

He explained that the strict entry procedures required by the UAE government make Turkey a preferred destination over Dubai. Edhi added: “Also, tour packages to Turkey are cheaper than Dubai. As a destination, Turkey is also more attractive, especially since the Hagia Sophia was turned back into a mosque (this year).”