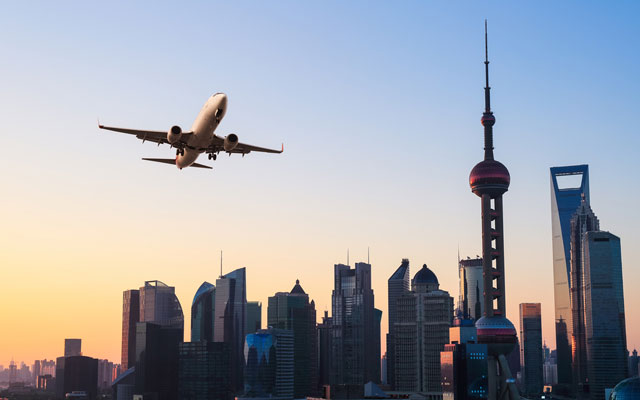 Bucking the trend of slow air travel recovery, the volume of domestic flights in Mainland China during this year’s annual Golden Week holiday, from October 1 to 8, looks set to push well past last year’s record, according to Cirium data.

Often called “the world’s largest annual human migration,” the peak travel period for this year’s Golden Week will be between September 30 and October 11. A snapshot of Cirium Core data taken on September 23 shows more than 164,700 domestic flights scheduled during the period, representing an increase of more than 11 per cent compared with the same time in 2019 when approximately 148,000 flights flew.

“Some regions are showing signs of recovery as travel restrictions begin to ease. However, those with large domestic markets, such as China, are the ones most likely to see capacity bounce back or even achieve some level of positive growth.”

This year, the most popular Golden Week destination for domestic air travellers is Shanghai. Its two airports – Shanghai Pudong International and Shanghai Hongqiao International – will welcome more than 10,800 flights between September 30 and October 11, and over 900 on October 7 alone.

The capital, Beijing, is a close runner-up. It will see some 9,840 flights fly in between September 30 and October 11, and close to 830 arriving at its Beijing Capital International and Beijing Daxing International airports on the busiest day of the annual break (October 7).

The third most popular Golden Week domestic air travel destination will be Guangzhou. Guangzhou Baiyun International Airport will be the country’s busiest individual airport, with more than 7,280 flights arriving between September 30 and October 11, and more than 600 on the busiest day. It will be followed by Chengdu, Shenzhen, Kunming, Chongqing, Xi’an, Hangzhou and Nanjing rounding out the top 10.

Oberai said: “The positive Golden Week domestic traffic figures are good news for Mainland China and an encouraging sign for other regions. They also demonstrate what Cirium has been saying since the start of the pandemic – that during the recovery, travel patterns may be fragmented, with VFR (visiting friends and relatives) traffic driving journeys ahead of business traffic.”