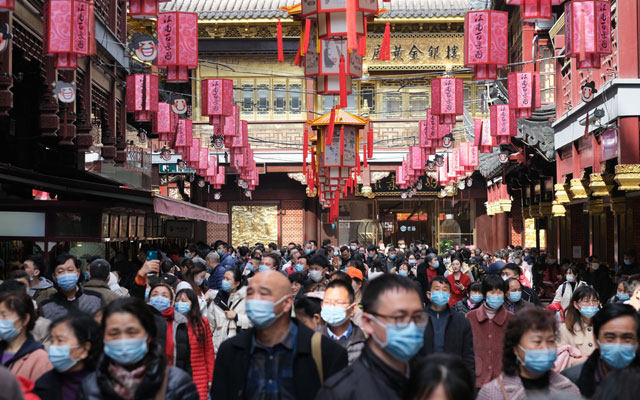 The recent lockdowns in China, imposed in response to Omicron outbreaks, have cast a long shadow over new year travel plans, according to new research from ForwardKeys.

The latest data, as of January 11, showed flight bookings for the upcoming holiday period, January 24 to February 13, were 75.3 per cent behind pre-pandemic levels but 5.9 per cent ahead of last year’s dismally low levels. In addition to Omicron-related travel restrictions, government advice on new year travel has also been an influential factor in dampening demand, said ForwardKeys. However, it also noted that the travel advice issued by local authorities this year is “a little more lenient” as compared to last year. “That stance allows people the flexibility to wait and see how things develop and to make a last-minute decision to travel if they wish,” it said.

However, with a fortnight between the latest data and the beginning of the peak holiday period, ForwardKeys does not rule out a last-minute surge as “the lead time for flight bookings has shortened dramatically during the pandemic”. It noted that recently, around 60 per cent of bookings on Chinese domestic flights were made within only four days of departure.

The possibility of a last-minute spike, however, will depend on new outbreaks of the Omicron variant and how quickly they can be contained.

“This is because the pattern of domestic travel in China throughout the pandemic has been a tug-of-war between strong pent-up demand for travel and draconian restrictions to contain Covid-19, with travel bouncing back strongly as soon as travellers feel the risk of becoming stranded in an area of infection has receded,” it said. Of those, Changchun, Shenyang and Harbin contain numerous winter sports resorts; and it is notable that Harbin is still in the top 15 list even though it was affected by a Covid-19 outbreak as recently as December.

Sanya and Haikou, which are both located on Hainan, China’s holiday island in the South China Sea, have seen a consistent growth in popularity throughout the pandemic, fuelled by China’s ban on international travel and special tax treatment on the sale of luxury goods. According to Hainan’s commerce department, the number of duty-free shoppers grew by 73 per cent in 2021 and sales increased by 83 per cent.

The other destinations – Chengdu, Chongqing, Shanghai, Wuhan and Nanjing – are all popular for city sightseeing.

Bing Han Kee, vice president sales – APAC, at ForwardKeys, said: “I am not yet ready to give up hope of a last-minute recovery. The reason: throughout 2021, travel has bounced back strongly as soon as restrictions are lifted, with ever shorter lead times. I am also impressed by the strongly growing enthusiasm for winter sports, which I am sure has been encouraged by publicity surrounding the upcoming Winter Olympics in Beijing.”