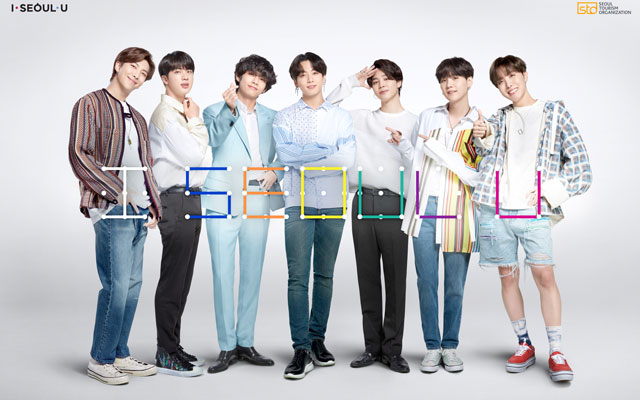 Seoul Tourism Organization (STO) has initiated its 2020 Seoul Global Marketing Campaign on September 4 with a series of seven destination videos fronted by the hugely popular BTS boy band, the city’s Honorary Tourism Ambassador for the past four years.

The destination videos, released on VisitSeoul’s Facebook and Instagram accounts, will act as a daily countdown to the launch of the campaign’s commercial on September 11 as well as a special YouTube event where members of the public from around the world could stand to win prizes such as a Samsung Galaxy Note 20, souvenirs unique to Seoul, and BTS posters.

The latest marketing campaign bears the city’s new slogan, See you in Seoul, and will see members of the boy band introducing various sights around the destination.

Hong Jae-sun, director of STO Global Marketing Team, hopes that the star power of BTS will draw a lot of attention, particularly from people “who are longing to go out into the world and travel again”.

Meanwhile, STO is maintaining trade-facing activities despite challenges in international travel. It is presently working on an online fam tour aimed at overseas travel agencies, scheduled for October.

An STO spokesperson told TTG Asia that a microsite is also being created to introduce “new contents on Seoul tourism”.

“Through the online fam tour, we will encourage overseas travel agencies to develop tourism products for next year,” said the spokesperson, adding that STO hopes to resume regular travel trade activities “once the situation improves”.