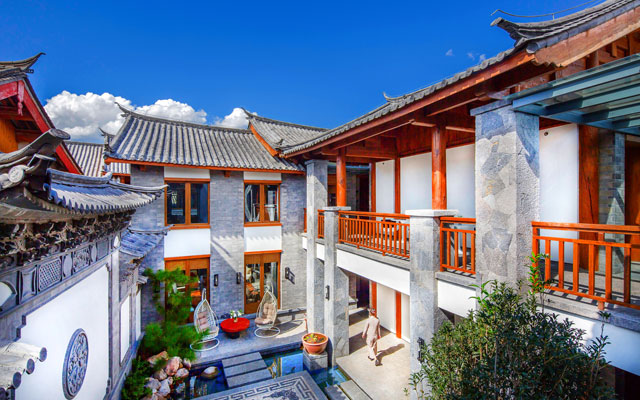 Occupancy numbers across the board show healthy recovery – with some in the luxury segment shooting past 2019’s figures – with the inflection point being the Labour Day week in May, the country’s first major holiday.

Julian Hagger, executive vice president of The Lux Collective, told TTG Asia: “We started to experience meaningful demand in occupancy in the first week of May. Over the past two months, LUX* Tea Horse Road Lijiang and Benzilan in Yunnan reported occupancy levels surpassing those of 2019. Their forecasted occupancy is also expected to surpass 2019 for the rest of the calendar year.”

“Domestic luxury travel is trending very strongly. Four Seasons Hotel Hangzhou was full over the May holidays and continues to enjoy healthy occupancies over the weekends. By and large, (our guests) are local residents in the cities that we operate in, as well as from nearby markets that are connected by train. For instance, at Four Seasons Hotel Guangzhou, two-thirds of our guests are from Guangdong province itself,” she noted.

From hotels to hosts
With the rapid return of guests, hotels in China are no longer just hotels. The new breed of eagle-eyed travellers is taking its discerning demand to brands that have redefined the hospitality experience.

LUX* Tea Horse Road Lijiang, for instance, has extended its function beyond a retreat and into a destination management company. The hotel hosts its guests’ entire journey by facilitating transportation, sightseeing and other arrangements, with its staff occupying more than one role.

Hagger described: “The guide may be our front office manager on one day, and on another day, a housekeeping team member may host the guest for dinner at a village home. These experiences are spontaneous, surprising and always delivered from the heart.”

The Lux Collective has also tailored a series of Collectable Experiences where guests can engage in unique activities that contribute to local communities. “This type of transformational travel is in high demand as we are seeing a shift in discerning guests wanting to experience greater adventure, immerse in the locale and, at the same time, use travel as a force for good,” observed Hagger.

For Kempinski Hotels in China, the group has taken on an advisory role in communicating essential and comprehensive traveller information, such as the nearest facilities where guests can take their Covid-19 test if needed, nearby hospitals, parts of the destination that are safe to travel to, existing travel bubbles, as well as tourist spots that are open.

“We’ve implemented many measures and promises to our customers in the way of benefits and value-added services. It’s important to be honest and realistic with the customer about what facilities we can or cannot provide,” stated Ilja Poepper, vice president sales & marketing Asia, Kempinski Hotel.

Renewed love for the far-flung
Traditionally popular urban destinations Shanghai and Beijing have bowed out to the more exotic reaches of the country.

Hagger shared that The Lux Collection properties in Yunnan have received a “predominant” share of younger couples and families during the school holidays, as travellers from cities such as Shanghai, Beijing and Chengdu “prefer to escape to exotic destinations that offer outdoor experiences and beautiful nature”.

By October this year, The Lux Collection will open four more hotels in Yunnan, and in 2021, it will add two retreats in Pu’er and Dali.

Four Seasons started to see initial signs of recovery in April, when there was “a clear demand for resort destinations such as Hangzhou that have more outdoor space”, observed Scown.

Meanwhile, the Kempinski group is seeing a rise in occupancy for its Jiangsu, Suzhou, Guiyang and Huizhou properties.

“After the second wave of Covid-19 in Beijing, (occupancy) dropped to the single digits. But (in June) Kempinski Hotel Huizhou achieved an average occupancy of 50 per cent because it’s a leisure destination, where it’s not too hot in the summer, and it’s still new for leisure travellers in China. Our numbers are bouncing back faster than we thought, so our forecast is more positive than expected,” remarked Poepper.

Lessons across borders
Mobility across China has been enabled by the state-mandated Health Code, under which travellers require a “green code” on apps like WeChat and Weibo in order to visit a different province or city. In the case of a second wave, such as in Beijing, residents travelling out of the city would be required to take a Covid-19 test that is valid for seven days in order to qualify for the green code.

However, the system could still use more fine-tuning. Poepper explained: “There have been people who took the test and were clear to (travel from Beijing) to Xi’an, but when they arrived, they still had to be quarantined for 10 days (without prior notice).

“People are travelling, but not as much as before. It depends on which area you are in, and how open the province is to travellers. Every city has its own rules. Not everything is equal.”

Four Seasons’ Scown opined that when regional demand slowly trickles back across Asia-Pacific, shorthaul travel will be the ruling choice for travellers.

She shared: “We saw that very clearly in China and all signs point to this trend being translated to broader Asia-Pacific. We see opportunities in generating trials from new markets as consumers consider local and regional travel plans over longhaul travel in 2020 and even through early 2021. Our properties are putting together experiences for travellers to rediscover the beauty of the destinations that are closer to home.”

In another instance, Shangri-la and Mandarin Oriental have formed an alliance to pool their marketing budgets and jointly promote luxury travel to the Hong Kong market.

As for when the global travel bridge could be crossed, Poepper impressed that the “earliest” for South-east Asia would be “hopefully during the Spring Festival” in April 2021.