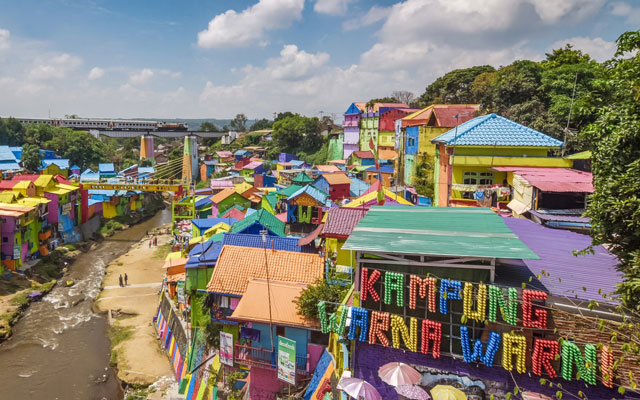 As the timeline for international tourism’s recovery from the coronavirus pandemic remains a big question mark, Indonesia is shifting its full focus to boosting the domestic tourism market, zooming in on pursuing quality tourists.

Indonesia’s vast collection of natural attractions is the country’s trump card to woo higher quality travellers as part of efforts to rebuild the domestic tourism sector amid the pandemic, Wishnutama Kusubandio, minister of tourism and creative economy, said during a recent webinar.

As part of its new tourism push, Wishnutama recently earmarked 24 billion rupiah (US$1.6 million) in financial assistance to six tourism and creative economy sub-sectors, which includes an incentive of up to 200 million rupiah for each hotel and homestay in tourism villages, particularly in super priority destinations.

Last month, the government, in collaboration with state-owned oil and gas company Pertamina, kick-started the construction of ten new tourism villages spread across 279ha of land around Toba Lake in North Sumatra.

Ahead of the reopening of international borders, Wishnutama is upbeat that nature-based experiences in tourism villages will draw more quality domestic tourists, with plans for more tourism villages underway.

“In 2018, eight million tourists from Indonesia spent US$9 billion overseas. That is a potential. If they spend (that amount) in Indonesia, Indonesia’s tourism will rebound,” he said.

To lure quality tourists, the central government has earmarked 3.8 trillion rupiah to develop quality destinations and launch new marketing initiatives. These include social media campaigns with the hashtags #DiIndonesiaAja and #IndonesiaCARE, as well as various promotional programmes, such as Bali Rebound on July 7-15, Mandalika Rebound on July 16-17 in West Nusa Tenggara, and Likupang Rebound on July 22-24 in North Sulawesi.

In addition, Wishnutama said, his office has forged partnerships with Garuda Indonesia and the Association of State-Owned Banks (Himbara) to craft good deals and discounted airfares to those destinations. “Right now, tourism players can also get a bailout amounting to 10 billion rupiah from Himbara,” he added.

I Wayan Koster, governor of Bali, urged tourism stakeholders to shift their mindset to tap on Indonesia’s vast domestic tourism market. An increase in purchasing power of citizens, coupled with the country’s huge population, means that the potential of the domestic tourism market should not be underestimated, according to the governor.

Koster said that last year, 6.3 million foreign tourists visited Bali and contributed 116 trillion rupiah to the island. However, that total revenue was nearly matched by the receipts generated from domestic tourist arrivals, thanks to 9.8 million domestic tourists.

“Our economy will be stronger and more sustainable if we (Indonesians) visit (tourist destinations within the archipelago), rather than if the country depends on the arrivals of foreign tourists,” he said.

Agreeing, Rizki Handayani, deputy of tourism products and events at the Ministry of Tourism and Creative Economy, urged regional governments across the archipelago to focus on luring domestic tourists this year as uncertainties abound concerning international travel.

Coordinating maritime affairs and investment minister Luhut Binsar Pandjaitan said that 55 per cent of total tourism receipts in 2019 came from domestic tourists. In Q3, the government would try to gradually increase the contribution to 70 per cent.

“I want (tourist destinations) in regions to implement health protocols because the trend shows that (domestic tourists) will go to buffer cities that have beautiful and clean nature, such as Puncak (in Bogor, West Java), and Banyuwangi and Mount Bromo (in East Java),” he said.

Luhut has also issued a circular this month to instruct public officials from its seven subordinate ministries, including tourism ministry and creative economy, to spend a total budget of 4.1 trillion rupiah to host meetings and business events at the country’s priority destinations, such as Bali, Toba Lake, Labuan Bajo, Likupang and Mandalika.

According to Luhut, the government has seen an almost 100 per cent drop in foreign tourist arrivals and a 97 per cent year-on-year decrease in foreign exchange earnings from the tourism sector.