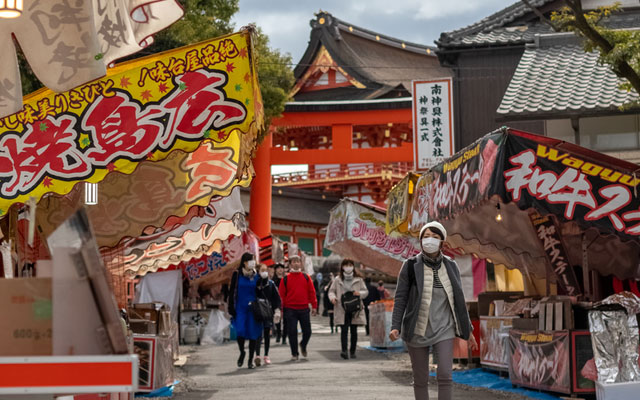 Japan is starting to see a rebound in domestic tourism following the government’s lifting of restrictions on inter-prefectural travel on June 19.

JR East has seen an uptick in passengers across stations in Tokyo, while hotels and attractions in rural areas have reported more arrivals by car from nearby areas.

The reopening of domestic travel coincides with the end of Japan’s last economic and social restrictions to contain Covid-19. Visitors are back at live music venues and popular attractions like Tokyo’s Ueno Zoo and Universal Studios Japan in Osaka.

Travellers are also making bookings, with hospitality tech company Agent Tripla reporting that reservations for 300 domestic hotels have bounced back to 70 per cent of pre-Covid levels.

The uptick is being partly attributed to the subsidies and other support that local governments are offering tourists.

For example, residents of Gunma and Ishikawa prefectures who stay in a hotel in their respective prefecture can have up to half of their accommodation cost covered. In Osaka, overnight visitors are awarded points worth about ¥2,500 (US$23) from the prefectural and city governments. Meanwhile, neighbouring Hyogo is offering shopping vouchers of up to ¥2,000 for visitors of the prefecture’s hot spring resorts.

The trade is also contributing to the rebound. Under a new programme in Amami City, Kagoshima Prefecture, tourism industry players are experiencing each other’s services and products using subsidies from the local government.

Domestic tourism is expected to get a further boost with the national government’s proposal of “workations” to reduce the number of office-based staff and encourage holiday-shy staff to take a break. Under the plan, staff will be encouraged to work remotely from holiday destinations.

In anticipation of growing domestic demand, All Nippon Airways and Japan Airlines are resuming more domestic flights. Japan Airlines expects its passenger numbers in the first half of July to recover to 40 per cent of last year’s over the same period, up from 30 per cent in June. LCC Peach resumed services on all 22 of its domestic routes on June 19, while Jetstar is set to restart services on all its domestic routes by late July.