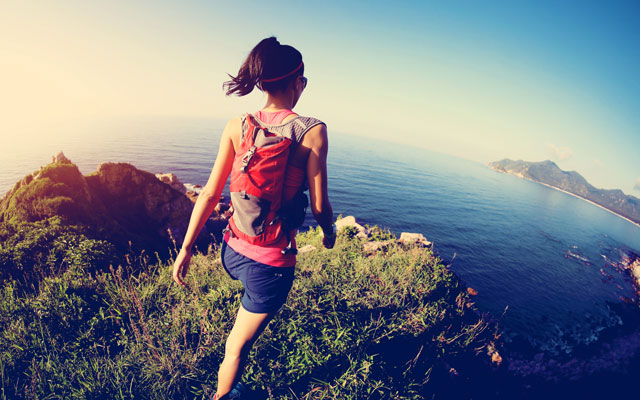 Industry experts are growing hopeful as China is already showing green shoots of recovery. During the Qingming Festival on April 4, the country saw some 43 million domestic travellers, and on Labour Day weekend from May 1 to 5, this number rose to 115 million.

Furthermore, local flight capacity has recovered considerably; by the start of May, it was back to 75 per cent of last year’s, reported OC&C Strategy Consultants. ForwardKeys also found that domestic air arrivals jumped by 250 per cent between the first and last week of April 2020.

These optimistic patterns were enabled by a number of factors, including a government Health Code software hosted on WeChat and Alipay, locally referred to as the Alipay Health Code. The state-mandated app records citizens’ daily temperatures and issues them a health rating, which can allow or deny them access to public areas and travel.

“There is noticeable pent-up demand, especially in leisure travel, and a lot of people are planning to make trips over the next two months. Christmas and Chinese New Year may see a huge potential rebound and we expect to see even more demand than last year,” forecasted Steven Kwok, associate partner, OC&C Strategy Consultants.

Kwok also observed a shift in preferred destinations. Previously popular city-based locations like Beijing and Shanghai have given way to sightseeing destinations like Lijiang and Qingdao.

In a survey of Chinese travellers, COTRI China Outbound Tourism Research Institute found that the majority of travellers aged 34 or younger had voted for “a different form of tourism, more respectful of the visited communities and of nature”, as well as “avoiding mass tourism destinations and large cities” and “not wishing to visit certain countries and regions that are at risk from a health point of view”.

COTRI’s CEO, Wolfgang Georg Arlt, noted that less than half of the respondents aged 35 and up had agreed with these statements.

However, he acknowledged that there would also be a significant segment of people, regardless of age, who had the luxury of time during the lockdown to reflect on the meaning of life.

“They now appreciate how fragile and transient life and nature is, and perhaps for them, travel desires change and they may become more interested in responsible tourism,” said Arlt, adding that the motivation to travel for bragging rights could diminish.

For example, e-commerce company Meituan has launched a “safe to stay” scheme that highlights and details hotels during their daily sanitisation processes; and Ctrip’s “future trip scheme” allows consumers to buy airline tickets that remain valid for the next four to eight months and can be refunded during this period. The OTA has also taken to video sharing platform TikTok to promote limited time discounts and packages in a modern version of TV shopping.

Other tour companies are now slashing their prices according to how advanced the purchase is made, in order to lock in the bookings.

Kwok added that 30 per cent of the travellers they surveyed mentioned flexible cancellation policies as a key factor in booking.

China’s hotels are also welcoming the crowds back. As of Apr 22, hotel rates have risen to 85 per cent of last year’s figures, with those in top-tier cities exceeding 90 per cent. This was largely spurred by measures such as new alliances, live broadcasts and travel peripherals.

For instance, Shangri-la and Mandarin Oriental have formed an alliance to lobby for support from the government, as well as pooled their marketing budgets together to jointly promote luxury travel to the Hong Kong market.

Xana Hotels has teamed up with Watsons to stock their shelves with its branded toiletries and soft furnishings, while W Hotels held a live online party on e-commerce site Taobao featuring celebrities and DJs, generating more than one million views from across China.

“The next major vacation period for the Chinese market is July and August. We expect to see an uptick during this time due to domestic travel among Chinese families,” shared Tonya Khong, senior vice president, head of regional operations, Frasers Hospitality.

New ways of flying
As Chinese travellers resume their excursions, domestic and international airlines are rolling out different measures that may forever change the face of air travel.

On Cathay Pacific flights, passengers are spaced one seat apart where possible, and China Eastern has transitioned from hot meals to sandwiches and food cartons.

“This is a crisis, but we can also see it as an opportunity to increase efficiency and test a new economic model that could work in the future. Businesses should take this chance to review their product and identify what services customers really value,” said OC&C Strategy Consultants’ Chuang.

“(That information) will give us a good idea of when the borders are going to open again,” Pastor said.

In an editorial post published on May 26, Arlt noted that the first Chinese outbound visitors could surface as early as June as many destinations in Europe and Asia are starting to reopen their borders and lift their quarantine regimes.

However, he also told TTG Asia that three ingredients must be present for destinations beyond China to begin welcoming the Chinese once more.

“Firstly, the destination must let them in. Then, flights must resume at normal prices along with reasonable levels of inflight service. Imagine flying 10 hours from China to Frankfurt and not be able to eat anything onboard,” he elaborated.

“Thirdly, destinations need to convince the Chinese that the right health, sanitation and safety measures are taken by public facilities, hotels, restaurants, etc. Such measures will likely need to remain for the next one-and-a-half years or so,” Arlt said.

Kwok predicted that short- and medium-haul destinations – such as Japan and Singapore – as well as longhaul destinations that were not as badly impacted, such as France, would benefit from the first wave of returning Chinese travellers.

He continued that big tour groups are “expected to see a much larger decline” than before, with “a potential spreading of what the peak period really means” as the Chinese move their travels to non-peak periods to avoid crowds.

He also cautioned that while there may be a short-term release of pent-up demand, the impact of the economic recession may take a full year to return back to normal.

Referencing his observation that a greater segment of Chinese travellers will seek authentic and educational tourism experiences going forward, Arlt said Asian destinations are at an advantage because they offer interesting exposures without the risk of culture shock.

One idea, according to Arlt, is the provision of homestays for Chinese travellers – an experience he said has so far been built mostly for the Western market. – Additional reporting by Karen Yue