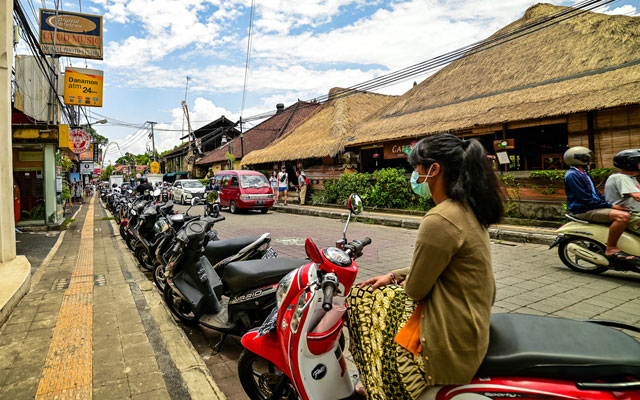 As Indonesia readies to reopen parts of its economy under strict health protocols, the travel trade is battling feelings of anxiety, fearing that the move could give rise to new outbreaks.

According to the circular, online ticket reservation will take place in the destinations, while operating hours and the number of visitors will be limited at the four aforementioned spots. In addition, people are allowed to gather in outdoor areas, but have to keep a two-metre distance from one other.

That is part of a new normal that the Indonesian government has asked the public to brace for, which sees the enforcement of health protocols, such as the wearing of masks and practising physical distancing.

However, these health measures are insufficient to allay the fears of tourism players.

Hasiyanna Ashadi, managing director of Marintur Indonesia and head of Association of Indonesian Tour and Travel Agencies (ASITA) Jakarta chapter, raised doubts as to whether the health protocols are adequate to guard against virus transmission when businesses resume operations.

To date, the number of deaths and infections from Covid-19 in the country are still on the rise, despite the implementation of large-scale social restrictions (PSBB) in some cities, including Jakarta, she noted.

“We are worried that (travel companies) will be blamed if travellers get infected with Covid-19 after visiting the destinations. This will make us afraid to offer these destinations, although we have already implemented health protocols in our services,” she said.

Based on her observations, health protocols such as physical distancing were still not adhered to by many individuals, and she feared that the reopening of businesses may pose dire risks.

Echoing her concern, AB Sadewa, corporate secretary of Panorama Destination, raised the possibility that Bali and other cities with low virus cases could become the country’s new epicentres of Covid-19 due to the government’s weak enforcement of physical distancing.

He suggested that the Ministry of Transportation, airlines, and local governments can team up to devise a plan to limit the number of travellers visiting a city or regency as part of crowd control.

Sadewa also hopes that the government would create an app that will enable travellers to track the real-time crowd density of a location.

“This will help the public make informed choices on where and when to visit a destination, and maintain safe physical distancing as they are less likely to visit spots that are very crowded or that have reached maximum capacity,” he said.

Aiming to boost tourism recovery, the Ministry of Tourism and Creative Economy will also implement the CHS (Cleanliness, Health, and Safety) programme in all tourist destinations across the archipelago, with the pilot project to launch in Bali, due to its relative success in containing the virus.

As of May 20, the island has reported four Covid-19 deaths – a much lower fatality count compared to 228 deaths in its neighbouring province, East Java, and 472 deaths in Jakarta, the country’s epicentre.

Bambang Sugiono, director of marketing and overseas promotion of Bali-based RD Tours, hoped that the government will walk the talk by improving sanitary facilities in tourist destinations across the island.

Bambang shared he was bracing for the new normal, stocking up on masks and hand sanitisers for his guests, as well as disinfecting the company’s cars and buses.

All the vehicles will halve their capacity, in observance of physical distancing protocols, he added.

He said that he was teaming up with 10 hotels in Ubud, including The Royal Pita Maha and Hanging Gardens of Bali, to craft a new product dubbed Relaxing Package for tourists seeking to ease the mental and emotional strain stemming from the government’s stay-home order.

Meanwhile, in its preparation to open up for tourists, the Bali regional government has recently stipulated that airline passengers are required to take the polymerase chain reaction before travelling to Bali. Passengers must be able to show the negative test result which is valid for seven days from the date of issuance. That is one of the requirements as part of the new health protocol to enter Bali, which at press time, is being set up.

Update, May 27, 18.00: On Tuesday, the central government stated trialing new health protocols. Police and army personnels will be stationed at malls and other public venues to prevent overcrowding and ensure customers adhere to physical distancing. Other measures include limiting capacity by 50 per cent, temperature checks upon entry to a mall, and the placement of hand sanitisers in many locations. These protocols will be fully implemented alongside the resumption of business operations.