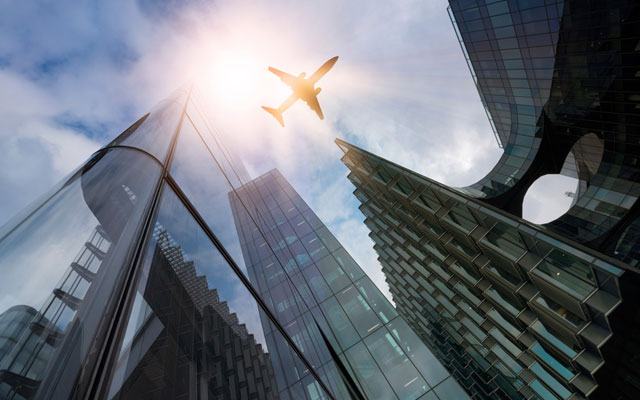 More aircraft are returning to the skies, but it will still be a bumpy ride ahead for the industry, as supply outstripping demand means airlines face a long haul to return to profitability.

That forms the backbone of a latest study by Cirium, which was presented in a recent webinar hosted by Rob Morris, global head of consultancy, in which he drew on Cirium’s data to expound on the challenges that lie ahead for the aviation industry.

With the Covid-19 pandemic labelled the worst crisis the aviation sector has weathered, Cirium said that the need for a networked community response becomes even more crucial as attention now turns to the recovery effort – but it appears that airlines’ journey back to normal is paved with uncertainties.

Looking at current forward-looking schedule data, Morris shared data that presented a global capacity increase from -80 per cent at its peak drop earlier this year to around -20 per cent by the end of June. Airlines could however make further adjustments to these flight schedules depending on the changing environment surrounding coronavirus, he noted.

Green shoots in the Chinese domestic market, which has seen over 30 per cent of its capacity return in the last two months, is a positive sign for short-haul travel recovery.

However, the dramatic drop in capacity globally compared with 2019 remains in stark contrast to the forecast from the IATA in December last year, which projected capacity growth of +4.7 per cent in 2020.

It’s clear that, as some travel restrictions ease, it will be the domestic market which will start to return first. And while flight schedules are indicative of supply, they do not reflect the changes that airlines are making to their network on a daily basis.

Cirium’s flight status data shows that around one-fifth of the adjusted flight schedules globally are being cancelled on a near-term basis, underscoring significant uncertainty.

In light of the data, Cirium raised the possibility of the cancellations being due to the lack of demand as consumer confidence drops. Similarly, despite the recovery in China’s domestic capacity, the plateau could indicate that consumer confidence has yet to pick up.

The positive side is aircraft are starting to return to service and Cirium noted an uptick in domestic capacity in certain regions. Morris indicated that a “bottom point” has now been reached for aircraft being grounded, the hibernation phase has begun and passenger jet tracking data for May 4, 2020 shows a positive trend emerging.

Cirium’s “seven-day prior metric” shows active aircraft have increased by six per cent, flight cycles by 14 per cent, and hours flown by 13 per cent, compared with a week before on April 27, 2020.

Additionally, aircraft utilisation remains dramatically lower than pre-Covid-19 levels for in-service jets, with single-aisle aircraft usage down 43 per cent on average since the start of year, said Cirium.

With tracked aircraft hours down, Morris explained that planning the required post-lockdown fleet will be complicated.

“It’s almost impossible to say when the bounce-back will start or end, and it would be unwise to speculate. Ultimately, it is airlines that will be in the best position to track the recovery as they assess their forward booking data,” he said.

As the aircraft going in to storage has passed its peak, Cirium is classifying the current phase as the hibernation phase. Around 13,700 aircraft, 62 per cent of the global passenger fleet, still remain parked around the world as of May 4, 2020.

For context, the in-service fleet of 8,320 aircraft per May 4, is approximately the same size as that operated in 1993.

However, more than 2,600 passenger jets have returned to service since March 1, with 31 per cent originating from the China domestic market as travel restrictions have eased in the country.

Looking ahead, the airlines face a number of hurdles to getting planes back in the air, not least an ageing passenger fleet.

Only 113 aircraft built between 2001 and 2016 have been stored for over a year, excluding Boeing’s 737 Max aircraft which were grounded before the pandemic.

There are more than 2,000 stored aircraft built in or before the year 2000. These jets may never return to service or could get a second lease of life, albeit as converted freighter aircraft.

The current demand scenario will likely result in premature retirements, particularly for stored wide-body aircraft built between 2001 and 2005, such as Airbus A340s and Boeing 777s.

Some owners will choose to monetise their assets and “part-out” jets that they no longer deem profitable as in-service aircraft.

The challenge of returning aircraft to service is also magnified by the geographical diversity and number of unique locations in which aircraft are currently parked around the world, Morris added.

A total of 719 different locations globally are home to one or more single-aisle or twin-aisle passenger jets.

Only three of the top twenty locations globally are “typical” storage facilities.

With many aircraft stored at commercial airports rather than storage locations, if storage is prolonged, many will need ferrying to more suitable locations to mitigate risk of corrosion.

This is further compounded by passenger to freighter conversions. As some jets have had cabin furniture removed during the pandemic – with airlines operating all-cargo flights to shore up revenue – many will require restoration to passenger configuration.

Morris concluded that supply will inevitably outstrip demand for the foreseeable future, with aircraft being retired earlier than planned or subject to a part-out process as owners try to recoup costs.

As such, airlines face a long haul to return to profitable operations. It will take time to get aircraft flying again as demand lags behind capacity – and even longer to return to 2019 levels.

The sector is set to shrink in the short term but the current outlook helps to identify the route to a planned and predictable recovery for the aviation industry, with urgent need for a networked community response.