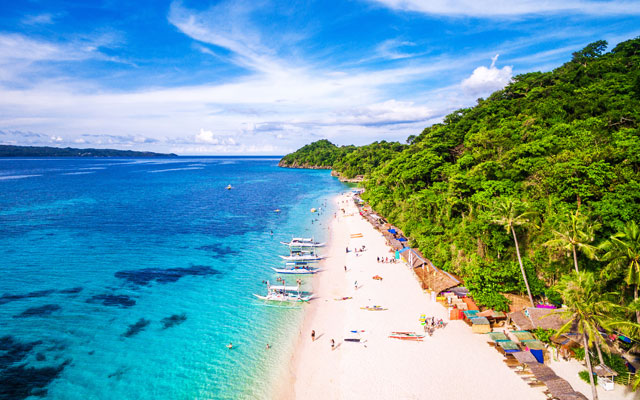 The first wave of Chinese travellers to hit the Philippines’ shores once travel restrictions are lifted are likely to head to beach destinations such as Boracay, Bohol and Cebu, according to a recent study by C9 Hotelworks and Delivering Asia Communications.

Social distancing protocols enforced at these locations, which are likely to stick around post-pandemic, have increased the appeal of these already popular destinations, concluded the two companies.

The analysis that beach destinations would be popular because of increased controls echoed Bernadette Romulo-Puyat, secretary, Department of Tourism (DOT)’s comments in a May 12 article by the government news agency, that “safety”, rather than “food, culture and immersion” would be a primary consideration for travellers post-Covid-19.

Conducted in the first week of May among 1,150 respondents from five first-tier cities in China, the study drew out the preferences of the 700 or so respondents (61 per cent) who said they were looking to travel to the Philippines this year and beyond.

Of the shortlisted travellers, about 630 were planning to travel to the country in 2020.

When asked which destination in Philippines they would be most likely to visit, most shortlisted respondents (46 per cent) indicated Boracay, followed by Manila (23 per cent), Bohol (21 per cent) and Cebu (6 per cent).

Sightseeing remained the most preferred activity in the Philippines, with 37 per cent of the shortlisted respondents indicating an interest in it, followed by nature-related activities at 16 per cent.

The significance of the survey was brought home by the fact that China has consistently been the Philippines’ second-largest inbound market for the past three years, behind South Korea. Visitor arrivals of the two countries formed 45 per cent of the 8.2 million visitors to the Philippines in 2019, with China alone contributing 1.7 million (21 per cent).

More than half of the shortlisted respondents came from the 20 to 29 age bracket. Their preferred channel for booking hotels, besides the well-established Ctrip (almost 60 per cent), were Alibaba Group’s travel service platform Fliggy (16 per cent), hotels’ websites (12 per cent), and WeChat (6 per cent).

Interestingly, of the shortlisted respondents, of which 58 per cent were female, and more than 60 per cent were workers or employees in companies, 82 per cent preferred to visit the Philippines as independent travellers, without relying on group travel.

This means that the FIT, young, tech-savvy female traveller with some extent of spending power (being workers) is a market that the DOT and tourism players in the country could zoom in on.

Other findings that revealed the preferences of the shortlisted Chinese respondents for travel to the Philippines were uncovered. For instance, more than half of the shortlisted travellers said they wanted to stay for five days or more in the country. Most (47 per cent) were willing to fork out US$1,400 per trip.

August (more than 10 per cent) and October (nearly 30 per cent) were popular months among those who gave a specific date for their travel plans to the Philippines.

In terms of accommodation, shortlisted respondents said they would prefer to stay at four-star (39 per cent) and budget hotels (28 per cent) in the South-east Asian nation, rather than top-tier, five-star hotels (just 21 per cent).

Meanwhile, the Central Visayas region, which includes Cebu and Bohol, have extended the GCQ from the original deadline of May 15 to May 31, with Cebu City in particular being placed under a modified ECQ between May 16 and 31, according to government news agency reports.

Meanwhile, Bill Barnett pointed out that the challenging of having to build social connections, which he calls the “heartbeat of hospitality”, even amid physical distancing, is the new norm for tourism and travel players in the Philippines.

According to the survey report, long-haul travel is expected to resume only next year, with this year’s travel to the Philippines coming mainly from domestic and regional markets, particularly as the DOT works airlines to reduce domestic flight prices.