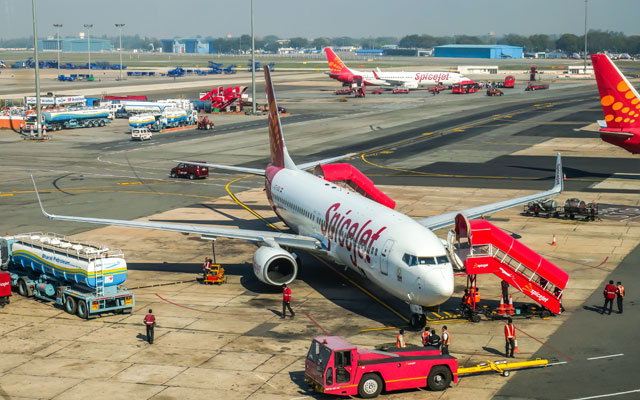 Stakeholders of India’s aviation sector are demanding that the government make a long-term correction to cost structures, particularly bringing Aviation Turbine Fuel (ATF) under the ambit of Goods & Sales Tax (GST) and reducing infrastructure charges at airports, as the pandemic-induced travel and tourism crisis deepens.

Aviation leaders claim that the current cost structures have made it difficult for Indian carriers to survive, and that the short-term relief alone – in the form of exemption from airport charges and temporary excise duty waivers – are insufficient.

Ajay Singh, chairman and managing director of SpiceJet, said governments around the world are doing their best to ensure airlines do not collapse.

“While we need short-term help from the government, this is also an opportunity for them to look at structural reforms that we have sought for several years. Among those demands are getting ATF under GST. It is important that our cost structures are lower than or aligned with (competing airlines like) Emirates and Fly Dubai, among others,” said Singh.

Including ATF under the GST regime will allow airlines to take tax credit on paid taxes, thus bringing down cost.

Kanika Tekriwal, CEO and founder of JetSetGo Aviation, noted that ATF contributes about 40 per cent to an airlines’ operating cost.

She added that airlines are “going through a difficult time managing their cash flows” as a result of extensive flight suspensions.

Meanwhile, Singh urged the Indian government to consider correcting “anomalies” in infrastructure charges at airports. Citing an example, Singh said airports would charge airlines about Rs 4.5 billion (US$59.6 million) a year to store fuel in tanks that “probably costs something like Rs 250 million to build in New Delhi”.