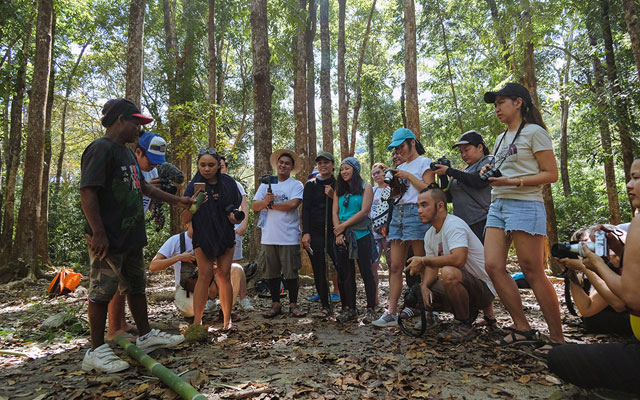 Fast forward a year later. The coronavirus has quietened the streets of the tourism-reliant town. Almost all businesses are shut, many for good. Construction work in the city has also ground to a halt. Ethnic minorities from neighbouring villages who usually flock to Sapa to sell handicrafts, work as guides or hotel staff have retreated to their hometowns.

Such is the footprint of the pandemic on tourism. Vacation hot spots have turned into ghost towns. Worldwide, tour agencies and hotels report unprecedented declines in bookings. Government-mandated shutdowns hit pause on travel, sounding the final death knell for many tourism providers. For survivors, a hemorrhage of jobs and revenue losses haunt.

For Sapa Sisters, an all-girl trek guiding company, which employs 50 staff, their offices in Hanoi and Sapa and breakfast restaurant, once a hive of activity during the peak spring season, have temporarily shuttered. The company’s homestay in Tan Van village, usually packed with tourists out on multi-day treks at this time, is also now closed. The guides, once busy herding hikers on their treks, now spend their days plowing their family’s rice fields.

Ylva Landoff Lindberg, director at Sapa Sisters Trekking Adventures, said: “Very soon after the corona outbreak in China, Vietnam closed off the border between the countries. Already during the Chinese New Year period, we started getting less bookings and more cancellations. In mid-March, we had to temporarily close down our trekking company due to Covid-19-related precautions.

“As springtime is usually our high season, we quickly got a worrying economic situation, as the global ramifications of the virus hit the travel industry in Vietnam.”

Against this bleak backdrop, Sapa Sisters is among a handful of Asian travel players who have turned to crowdfunding to tide through the dry tourism spell, with some incentivising their fund drives by promising hotel stays, private tours and merchandise in return.

On her decision to run a crowdfunding call, Ylva said: “We have run crowdfunding campaigns for different purposes a few times before – and with good results.”

Crowdfunding has gained traction, emerging as a financing alternative to a traditional bank loan, in part due to the economic fallout from the coronavirus. Ylva said she had been looking at taking out a private loan before pivoting to crowdfunding. Already, Sapa Sisters’ crowdfunding call on the GoGetFunding platform has received a groundswell of support, having raised over US$31,400, surpassing its US$20,000 target, with over 900 backers.

Crediting the campaign’s success to Sapa Sisters’ supporters worldwide, Ylva said that maintaining a personal touch with clients has always been central to its business – an approach which has turned into a lifeline during these troubled times.

She elaborated: “We customise our tours to fit the travellers’ wishes and all our treks are private. We don’t do group tours. This creates a real relationship between the guide and their guests, and many keep in contact after their treks.

“We are fortunate to have a long list of previous customers that we sent our campaign to via email. We also shared the campaign on our Facebook and Instagram pages. Many of our guides and staff also helped spread the word to their contacts and friends.

“Our biggest donation came from a family who had trekked with us on several occasions. They had to cancel their booking this spring, and instead, they generously gave us a donation of US$5,000.”

Ylva said that the monies raised will cover fixed costs, including rent for offices and homestay, miscellaneous bills, and staff wages. “We will try to stretch the funds as far as possible to stay afloat until our business can open again,” she added.

While some tour operators like Sapa Sisters are banking on goodwill to drive their crowdfunding campaign, others are sweetening the deal by offering incentives to donors.

Over in the Philippines, when Luzon entered enhanced community quarantine (ECQ) due to the pandemic, Make a Difference (MAD) Travel’s co-founder Rafael Dionisio decided to start a fund drive dubbed Feed the Farmers Today & Fund Tomorrow’s Forest on GoGetFunding.

Funds raised by the eco-tour operator, which works with marginalised communities to create authentic experiences, will cover their partner communities, who have lost their income and face a dwindling food supply due to the pause in tourism activity.

The initiative invites people to purchase trees which the communities are paid to plant so they can continue earning a dignified income. At the same time, the trees they plant contribute to their long-term goal of food security through agroforestry.

In return for their tree purchase, funders can receive online courses, tour vouchers, co-founder Thomas Graham’s book The Genius of the Poor, or hand-crafted items by the communities. Thus far, the campaign has reaped nearly 200,000 pesos (US$4,000), with 47 backers.

Dionisio shared: “We decided to run the campaign because we realised the (immediate) impact that the ECQ would have on our sustainable adventures, and consequently, the marginalised communities we work with. We needed a swift response that was simple to execute, true to our core values, and engaging enough to keep going.

“The money is not a donation to the tribe; it is a contract for hiring them to grow fruit and forest trees to address the bigger, more long-term issues of food security and climate change, which we will still face.”

Dionisio said that their campaign’s donors come from all across the Philippines, Europe and the US, ranging from family, friends, past tour guests to even complete strangers.

In the same vein, crowdfunders who give to Japan Localized, a walking tour company in Japan, can get a slice of Kyoto sent to them.

Monies raised in the company’s campaign, also on the GoGetFunding site, will be used to buy traditional Japanese paper from a local shop in Kyoto. The company’s guides will use the paper to write thank-you letters to donors, thus creating work for them. Remaining funds will go towards rent. As well, the company is gifting donors walking tour vouchers for future use.

Dai Miyamoto, owner of Japan Localized, said: “Some of our local tour guides are doing this job full-time, and they are struggling to find a temporary job during this pandemic. Local shops, especially souvenir shops for tourists, are struggling too.”

He added that his company has seen a drop of 79 per cent in bookings year-on-year in March, with zero bookings for April, following the suspension of operations.

To date, his crowdfunding plea has raked in about 270,000 yen (US$2,500) – more than half of his 500,000 yen target, from 80 backers. Dai said that he is in the midst of making a short YouTube video to publicise his campaign, and will leverage social media to spread the word.

Turning to the West

While Covid-19-related crowdfunding calls have been popping up by the dozen across the West, with a host of tour operators and hoteliers joining the fray, there are only a handful of such Asian initiatives.

Miyamoto said that crowdfunding is a way to reach out to Western markets, which make up the bulk of his client base, as the notion of giving is not ingrained in Asian mindsets.

“Asia does not have a big culture of donating. Also, in Japan, the notion of asking money from others is not popular. Crowdfunding on a global platform is one way we can reach out to a large audience,” he said, adding that the majority of his crowdfunders hail from the US.

Dionisio added: “Many parts of Asia are just about emerging economies, and crowdfunding might still be a Western or new concept.”

Despite the benefits of crowdfunding, Dioniso cautioned against tourism players hopping onto the already-crowded bandwagon for the sake of doing so.

“Crowdfunding might not be for everyone. You need to crowdfund for the right reason, and you also need the right supporter base. If, like us, you have partner communities who were made even more vulnerable and marginalised by the pandemic and lockdown restrictions, and a crowdfunding campaign would swiftly meet their needs, then do so.

“Another thing you need to consider is this – if you want to reach an international audience, you have to make sure the campaign has a clear message and is impactful enough to stand out, because there is currently a lot of fundraising campaigns globally.”