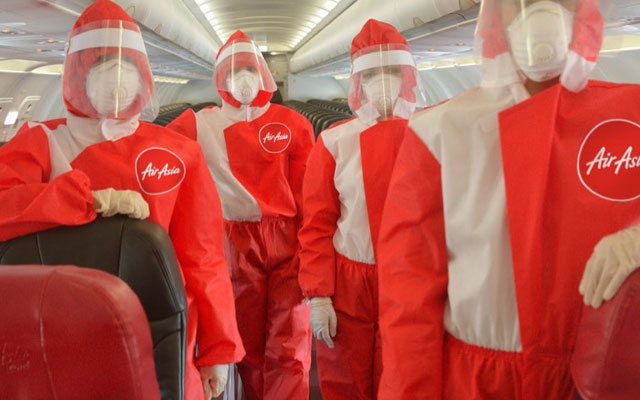 AirAsia is trialing a customised personal protective equipment (PPE) design for its cabin crew to use on board rescue flights, amid enhanced safety protocols adopted by airlines due to the pandemic.

Designed by Filipino fashion designer Puey Quinones, the PPE suits come in AirAsia’s signature bright red, and have allegedly been approved by the Philippines’ Department of Health.

The PPE suits were first used in a recent repatriation flight from Bangkok to Manila, and a further assessment of the design is underway.

Having grounded most of its fleet in March, the carrier plans to resume some of its domestic flights, beginning with Malaysia on April 29, 2020, followed by Thailand, India, Indonesia, and the Philippines, accordingly.