Quality dining is a critical ingredient for an enjoyable trip, but not all destinations keen on attracting Muslim travellers have been able to score well in this aspect. TTG Asia reporters find out what four non-OIC destinations in the region are cooking up to win over a Muslim traveller’s heart and belly. 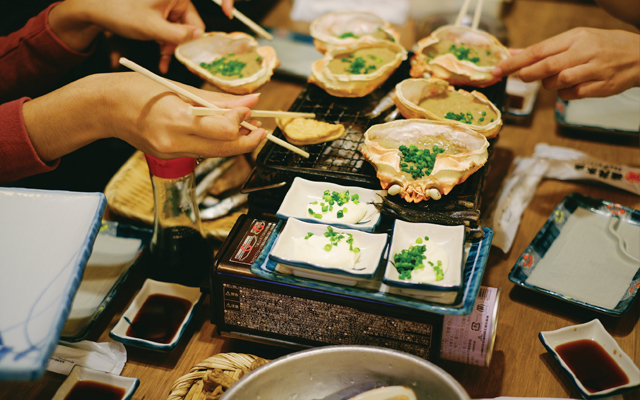 Japan
The Japan National Tourism Organization (JNTO) has long been courting Muslim travellers out of Asian markets with a substantial Muslim population, such as Malaysia, Indonesia, Brunei and India.

With the JNTO Singapore office at the helm of this effort, the NTO has accomplished much to convey Japan’s warm welcome for Muslim travellers.

According to Susan Maria Ong, deputy director, JNTO Singapore, who was involved in the Muslim travel project since 2006, the tourism office published a number of guide books that provided detailed information about Muslim-friendly accommodation, dining establishments, religious and prayer facilities as well as shopping.

Over time, many local prefectures have gone ahead to publish their own Muslim guide books, while JNTO has turned its Muslim guide books into a website (muslimguide.jnto.go.jp) that allows users to search for information by geographical areas.

Ong shared that JNTO takes the Muslim travel market seriously, evidenced by the lengths the organisation took to ensure its commitment to the market was matched by travel and tourism suppliers knowledgeable in the various needs of Muslim travellers.

“We had bilateral exchanges of information with Japanese stakeholders to develop prayer facilities, halal restaurants at the airport and elsewhere in the destination, as well as shopping outlet malls which this segment of travellers liked. We also conducted education seminars for Japanese travel and tourism suppliers on how best to cater to the needs of Muslim travellers,” Ong explained.

And to promote Japan’s readiness for Muslim travellers, JNTO ran frequent fam trips aimed at Muslim travel agencies and Muslim media representatives, where the itinerary involved site inspections of prayer facilities such as mosques, and experiences at halal restaurants, among others, she explained.

Ong opined that with approximately 100,000 Muslim residents in Japan, the country is gifted with many authentic restaurants that are certified halal.

“There are also many Muslim-friendly restaurants that use only halal-certified ingredients, and these are all captured in our Muslim guides. We even detail if the restaurant is owned by a Muslim or if the kitchen is led by a Muslim chef,” she said.

In the Kanto region alone – which is Japan’s largest island and where Tokyo sits – there are 93 listed Muslim-friendly restaurants.

As JNTO evolves its marketing efforts towards Muslim travellers, it has chosen to split the responsibility across offices in key geographical markets. Today, JNTO offices in Malaysia, Indonesia and India – with the exception of Brunei – are driving their own destination promotions for the Muslim travel market. – Karen Yue

The Philippines
Halal dining is still in its infancy stage in the Philippines, with the Department of Tourism having just undertaken a survey to determine the number of establishments offering halal cuisine and meeting other specific requirements of Muslim travellers.

There are not many halal restaurants in metro Manila, but the numbers are increasing.

To get around limited food options, longer-staying Muslim travellers are opting to stay in serviced apartments and residences so that they can cook their own meals, according to Marlene Insigne, general manager, Southeast Travel Corp, who added that halal-certified food products such as rice, cooking oil and canned goods are available at grocery stalls and supermarkets.

Manila’s serviced residences are not equipped with halal-certified kitchens, although a few like Citadines Bay City Manila and Ascott Makati are able to whip up halal meals upon request and have information on halal cafes, restaurants and meat shops in the area.

As another option, Muslim travellers could seek out restaurants specialising in Middle Eastern and Mediterranean cuisine, where dishes are prepared without pork and lard, said Irene Maliwanag, general manager, im-active Tours, Events, MICE Management and Services.

While Manila has a growing number of such restaurants, Maliwanag said “they are quite expensive (and are located) mainly in four- and five-star hotels and in upscale areas”.

Beyond metro Manila, the lack of halal food options is painfully conspicuous. Maliwanag said a number of popular destinations such as Palawan have no halal restaurants, forcing tour operators to make do by offering separate tables and food for their Muslim guests.

Even in Mindanao, which has the biggest Muslim population in the country, there is only one halal-certified restaurant, Babu Kwan, in Cagayan de Oro, shared hospitality consultant Jerome de la Fuente.

De la Fuente explained that it is “very expensive” to set up a halal kitchen, which has to be separate from the main kitchen.

“It’s like duplicating a completely new set up for a new restaurant. You also have to train the staff as there are specific steps to slaughtering, sourcing and preparing halal food,” he said.

De la Fuente said that in Catholic Philippines, hotels are built and designed for only one kitchen and that it is only recently that halal kitchens are being thought out to cater to the growing Muslim travel market. – Rosa Ocampo

Taiwan
Taiwan has always been hungry for Muslim travellers, and this is reflected in it tieing with the UK and Japan for third place on the MasterCard-CrescentRating Global Muslim Travel Index (GMTI) among non-Organisation of Islamic Cooperation countries for 2019.

Trust Lin, director, Taiwan Tourism Bureau (TTB) Singapore office, elaborated how the island has been working actively to welcome more Muslim visitors. For starters, the TTB has a complete list of Muslim-friendly restaurants on its website (eng.taiwan.net.tw/m1.aspx?sNo=0020323), making it easier for Muslim visitors to search for restaurants.

Lin said: “Currently, there are more than 200 restaurants island-wide with Muslim-friendly or halal accreditation, and the number is growing.”

“Should they need more information, Muslim travellers can also contact our visitor information centres or (access) the mobile app to locate these restaurants. The app (includes) other Muslim-friendly facilities,” Lin noted.

Aside from providing a satisfying halal meal, Lin pointed to other pertinent travel facilities Taiwan provides for this demographic of travellers. For instance, all international airports, national scenic areas, train stations in Taipei, Kaohsiung, Taichung and Hualien, as well as the Qingshui Service Area on the freeway are equipped with Muslim prayer rooms and washing facilities.

“The local culture embraces different religions, and as a growing number of Muslims are working or living in Taiwan, understanding of Muslim culture has risen not just among business sectors but also among policymakers,” Lin shared.

Vietnam
Vietnam needs more halal restaurants away from major tourist hubs to truly whet the appetite of the rising number of Muslim travellers.

Visitors from regional Muslim countries have grown in recent years, brought in by an increase in flight connections. In 2019, 106,688 Indonesians visited Vietnam, a 21.3 per cent year-on-year increase. A total of 606,206 Malaysians travelled to the country, marking a 12.2 per cent hike.

Arrivals from Middle Eastern markets are not available, but Pham Ha, CEO and founder, Luxury Travel Vietnam, which operates halal tours, said the introduction of direct routes through carriers such as Emirates, Etihad, Qatar Airways and Turkish Airlines has piqued the interest of Muslim travellers further afield.

While a trickle of halal-certificated restaurants is cropping up outside major hubs, industry players claim more need to be established to tap into the market’s potential.

He noted that the majority of Muslim travellers visit Ho Chi Minh City and Hanoi. In Halong Bay, there is one cruise operator offering halal dining, with Danang and Dalat also popular with Muslim travellers. The latter two are speckled with Indian vegetarian options.

Jeanny Duong, sales director, Viet Vision Travel, noted that despite the lack of halal-certified restaurants throughout the country, many local tour operators have designated Muslim teams able to design itineraries that cater to clients’ needs.

Many vegetarian and seafood alternatives are available to make up for the limited halal options.

Added Duong: “Many DMCs in Vietnam have their own marketing campaign to promote Vietnam as a halal destination to the potential markets of Malaysia, Indonesia, the UAE and Kuwait.”

International hotel groups are also ensuring they meet the growing demand. For example, several of Accor’s properties offer either specific halal menus or training for staff on receiving Muslim guests. These include Novotel Halong Bay and Nha Trang, and Hotel de l’Opera Hanoi – MGallery. In many of its other properties, halal menus can be provided upon request. – Marissa Carruthers