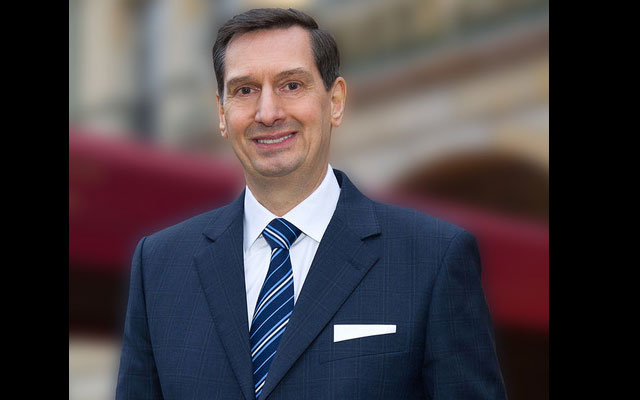 Aside from managing The Capitol Kempinski Hotel Singapore, he also oversees Kempinski’s properties in Bangkok, Jakarta and Bali as well as the future Hotel & Residences in Kuala Lumpur. Al-Amiry is also responsible for future projects in the area. The German, who recently held the position of managing director in Kempinski’s flagship property, Adlon Kempinski Berlin, brings more than 30 years of hotelier experience to Singapore.

In 2001, Al-Amiry was appointed the director of F&B and regional F&B director Europe at the Raffles Hotel Vier Jahreszeiten, Hamburg. He then joined The Peninsula Manila, Philippines, in 2003 as executive assistant manager in charge of F&B, before being promoted to resident manager in 2007.

In 2009, Matthias became the general manager of Al Faisaliah, a Rosewood Hotel Riyadh, Saudi Arabia. He then changed geographies once more in 2011, by taking on the role of general manager at the Raffles Beijing Hotel, People’s Republic of China. In 2014, he joined the MGM China development team, Macau as vice president hotel operations MGM China, Cotai.