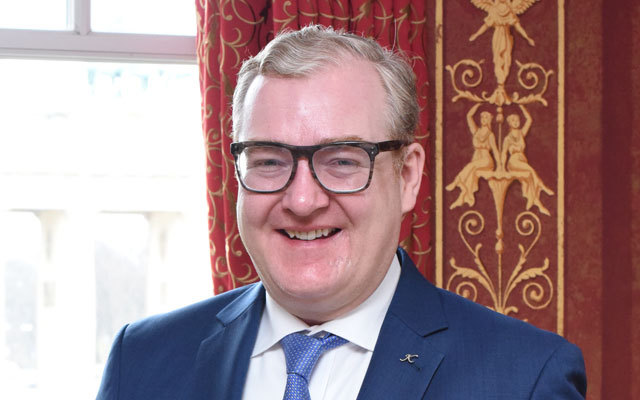 Kempinski Hotels is going against the current of poor business confidence in the travel and tourism industry with news of continued portfolio expansion, with several openings lined up for Asia, as well as new agreements being signed for near-future developments.

At a media breakfast on Wednesday, CEO and chairman of the management board, Martin Smura, unveiled details surrounding its mega project in China – the Universal Beijing Resort (UBR).

The project is developed, constructed and operated by Beijing International Resort, while operations of the two hotels, as well as delivery of guest experiences, are shouldered by Key International Hotels Management, a joint venture between Beijing Tourism Group and Kempinski Hotels.

The Universal Studios Grand Hotel will sport 800 keys and offer a contemporary interpretation of Hollywood’s golden age, while the 400-key NUO Resort Hotel-Universal Beijing Resort will be a luxurious interpretation of China’s ancient royal gardens.

Smura told TTG Asia that the ongoing Covid-19 outbreak resulting in dismal travel and tourism performance worldwide have no bearing on the project.

He explained: “This project is geared towards the local market. China today is still a very local market; foreign travel business to China is less than 10 per cent. So I’m not worried about this project, and you will soon see why. Asian people, particularly from China, are much more swift commercially. When they bounce back (from a crisis such as this), they bounce back quickly and travel demand will be strong.”

Smura added that construction is going according to plan, “and we are on time”.

While UBR makes progress, Kempinski Hotels will celebrate the opening of its second property in Bangkok this May – Sindhorn Kempinski Hotel Bangkok in the upscale Langsuan neighbourhood.

Guestrooms will be spacious – with sizes from 66m2, and guests will enjoy an integrated spa, wellness and fitness facility that spans over 4,000m2 across three floors. The wellness focus continues with restaurant Flow which will dish out plant-based cuisine prepared with locally sourced 100 per cent certified organic produce.

“Yesterday, we signed an LOI (letter of intent) for a big project in Vietnam, and in the coming days, we will be signing on a new fantastic resort in Phuket (Thailand). We are also in the bid for one of the greatest hotels in Hong Kong,” Smura revealed.

“If markets are in difficulty, then it is the best time to make our move. One cannot be shy to come through and close deals,” he emphasised, adding that he also has his eye on Sri Lanka and a resort in Malaysia to join the upcoming Kempinski Hotel Kuala Lumpur.

“It is always nice to have a combination of a city hotel and a resort property (in the country). Our city hotel in Kuala Lumpur is now under construction towards a 2021 opening,” he said.

Globally, the hotel company will add 6,000 new rooms in the near future. Notable openings beyond Asia include 7Pines Kempinski Ibiza which will open for the season this May; The David Kempinski Tel Aviv in late-2020; and Kempinski Hotel Tbilisi in Georgia by year-end.