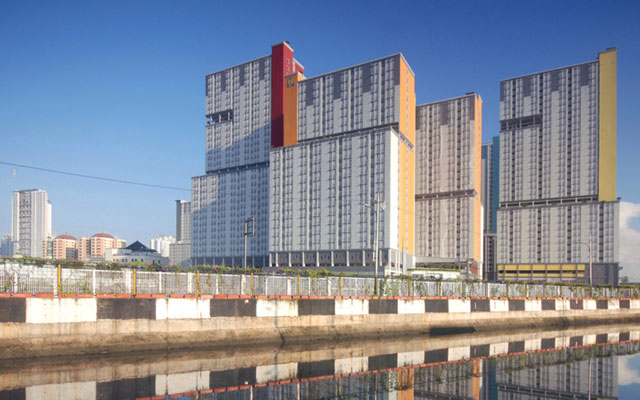 The Indonesian government is collaborating with several hotels to turn their premises into temporary facilities to house medical staff, as well as converting Wisma Atlet Kemayoran, a former 2018 Asian Games’ athletes’ village in Central Jakarta, into an emergency hospital to treat Covid-19 patients, in response to a swell in demand for healthcare services.

The country has seen a spike in confirmed cases of coronavirus, which hit 579 as of March 23, with 49 fatalities, including five medical personnel.

Wishnutama Kusubandio, minister of tourism and creative economy, said that he was liaising with hotel chains to use their properties to house medical personnel and members of fast-response team to place them closer to hospitals that handle Covid-19 cases.

“If needed, (the hotels) can become locations for self-isolation,” he said in a web press conference on Monday.

Wishnutama said he is coordinating with Doni Monardo, head of the fast-response team and National Disaster Mitigation Agency, to seek cooperation between the government and the hotels.

Similar coordination, he said, was also carried out with transportation suppliers to ready vehicles for medical personnel and the fast-response team.

Owned by Media Group, Media Hotel & Towers in Jakarta is the first hotel in the country to avail its entire property for the government to house medical personnel at the frontline.

Attended by Doni who represented the government, the handover ceremony took place on March 22. The five-star hotel will be operational for medical use by next week.

All hotel’s facilities, including a ballroom, two restaurants and 188 guestrooms, can be fully utilised by the government until the situation is brought under control, according to Fifi Aleyda Yahya, vice president corporate communications of Media Group.

Patra Comfort Hotel in Jakarta and Kagum Hotels in Bandung, West Java will also open their doors for medical use, according to Maulana.

Maulana explained that PHRI has no intention to call on other members to do the same, as hotels are not a health facility and hotel owners will have their own considerations about this matter.

However, he said he would appreciate if they chose to do so.

As well, four of 10 apartment towers in Wisma Atlet Kemayoran has been converted by the government into an emergency hospital to treat Covid-19 patients.

The four towers, which are ready to use, can accommodate 3,000 patients, according to president Joko Widodo.