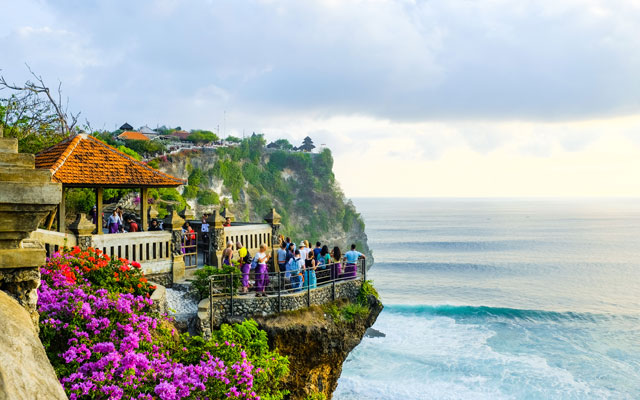 Indonesian travel agents are feeling left out in the cold by the government’s recent rolling out of a range of incentives totalling 298.5 billion rupiah (US$21.5 million) to help tourism businesses bounce back from the Covid-19 crisis.

The incentives are mostly built around airfares in a bid to boost domestic travel. However, incentives to support local travel agents are said to be lacking.

I Ketut Ardana, managing director of Bali Sunshine and chairman of Association of Indonesian Tours and Travel Agencies (ASITA) Bali Chapter, has written a letter to the government to question the absence of incentives for travel agents.

“Our members have also been affected by the coronavirus as it has resulted in a wave of cancellations. This is not an issue faced just by travel agents who focus only on the Chinese market. Agents who handle other markets have also suffered a significant number of cancellations as the outbreak has made people from many countries reluctant or afraid to travel,” he said.

Pauline Suharno, secretary general of Indonesian Travel Agent Association (ASTINDO), told TTG Asia that she also intends to send a similar letter to the government to seek help in avoiding lay-offs, adding that some travel agents have started to offer unpaid leave to their staff.

She suggested that the government could implement helpful measures such as tax cuts and reducing interest rates for travel agents.

Both Daniel G Nugraha, director of Exotic Java Trails, and Budijanto Ardiansjah, director of My Duta Tour, argue that the tax waivers for hotels and restaurants should also be extended to travel agents.

“We (inbound travel agents) are the ones who craft inbound packages and sell them from one door to another overseas (to attract foreign travellers to Indonesia). So why are we still obliged to pay tax (while hotels and restaurants are exempted from it)?” Daniel said.

He also questioned the government’s imposition of the same tax rate on the sales of inbound packages as that of outbound packages.

He argued that inbound and outbound agents should not be treated on an equal footing. Inbound products, for example, deserved lower tax rates or even tax exemptions as they contributed to the country’s revenue.

Since hotels are waived from paying taxes, Daniel contends, they should consequently offer lower room rates to travel agents.

In the meantime, following the announcement of the first two Covid-19 cases in Indonesia yesterday, Wishnutama Kusubandio, minister of tourism and creative economy, announced that the stimulus package for attracting international tourists would be postponed until the disease subsides and things return to normal.

“Our focus now is to take care of international travellers who have entered the country, as well as improving the quality of tourist destinations through sustainable environment, health and hygiene, and safety and security,” he said.

However, Wishnutama said the government is aware of the importance of maintaining the economic sustainability of the country and hence, incentives for the tourism industry will continue as planned and will be closely monitored. – Additional reporting by Mimi Hudoyo