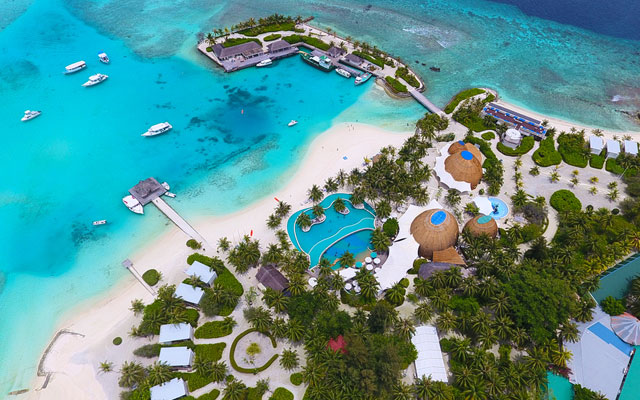 The Maldivian government’s decision to temporarily suspend cruise lines from entering and docking in the Maldives as a precaution against the rapidly spreading coronavirus is a blow to the industry, officials said.

The ban, which is the government’s latest move to protect the tourism-reliant country island from the Covid-19 outbreak, coincides with the increase in number of cruise ship arrivals to the Maldives.

Last month, 15 cruise ships docked in the Maldives, while 19 cruise ships arrived in the island nation in December 2019, based on statistics from Maldives Immigration.

According to Mohamed ‘Bunny’ Ali, secretary general of the Maldives Association of Yacht Agents (MAYA), there were 14 foreign cruise lines carrying a combined 20,000 passengers that were scheduled to arrive between March 1 and April 23.

“This decision impacts us badly,” said Ali, adding that passengers on cruise liners generally spend three nights in the Maldives, which is made up of two nights in a resort and one night in a guesthouse, or vice versa.

Unlike visitors to only resorts, a broader spectrum of stakeholders, from groundhandling agents, resorts, guesthouses to shops, reap benefits from business generated by cruise liners.

The temporary ban will not affect luxury yachts which also frequent the Maldives regularly. “They have three to five passengers mostly, and this sector is not affected,” said Ali, whose association deals with all sailing craft into the Maldives.

Meanwhile, apart from the ban on travellers arriving from China, the Maldives’ largest source market, industry officials are also worried about the fallout from the Covid-19 outbreak in Italy.

Italy is the country’s third largest source market after China and India. “It is still too early to assess whether arrivals from Italy will be affected. We have to wait and see,” said an inbound travel agent in the Maldives.

Abdulla Ghiyas, CEO at travel start-up Premier Maldives, said that up till now, the ban on Chinese arrivals was to some extent negated by an increase in arrivals from other markets like the Middle East, India and Eastern Europe, but noted that the situation may change with the disease spreading to other countries like Japan, South Korea and Europe.

While tourism is the country’s main foreign exchange earner and employment generator, the government has said the safety and security of the Maldivian people remains paramount.