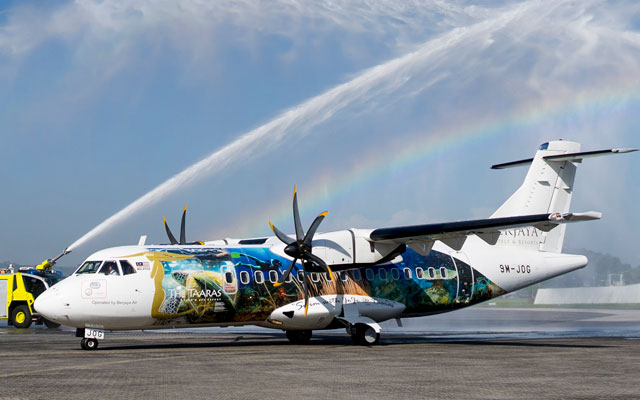 Using the ATR 42-500 aircraft operated and managed by Berjaya Air, the new direct flight will further enhance regional air connectivity and reduce travelling time to Redang Island from an average of four hours to approximately an hour, according to Foo Toon Kee, COO of BHR.

Some of the privileges include access and refreshment at Naza Sky Lounge located at level 1 of Subang Airport, personalised check-in, 15kg check-in luggage and 7kg hand luggage allowance per person, availability of excess luggage storage, express boarding and refreshment on board.

Silkair to stop flying to Hiroshima

SilkAir, the regional wing of Singapore Airlines (SIA), will indefinitely suspend operations to Hiroshima from March 27, 2020 due to weak demand, which has been exacerbated by the Covid-19 outbreak.

The last SilkAir flight on this route will be MI867, which will operate from Hiroshima to Singapore on March 26, 2020.

All affected customers will be contacted and arrangements will be made to re-accommodate them onto other flights, said SIA Group in a statement.

Lao Airlines will be starting thrice-weekly flights on Tuesdays, Thursdays and Saturdays from Vientiane to Danang, Vietnam from March 29, 2020.

Finnair will be adding thrice-weekly frequencies to Delhi from July 1, 2020, to meet demand for the peak travel summer 2020 season.

Operated with Airbus A330 aircraft, the route will be operated daily for the remainder of the summer season as well as for the upcoming winter season.

AirAsia Philippines will be launching flights linking Clark and Cebu to Zamboanga, dubbed as “Asia’s Latin City”, from March 29, 2020. The launch of the new route is in response to calls from the government for better air connectivity among the country’s three major islands: Luzon, Visayas and Mindanao.

As well, the airline has relaunched its Manila-Ho Chi Minh City route, as well as added another domestic flight linking Clark to Bohol, both of which will commence on March 29, 2020.