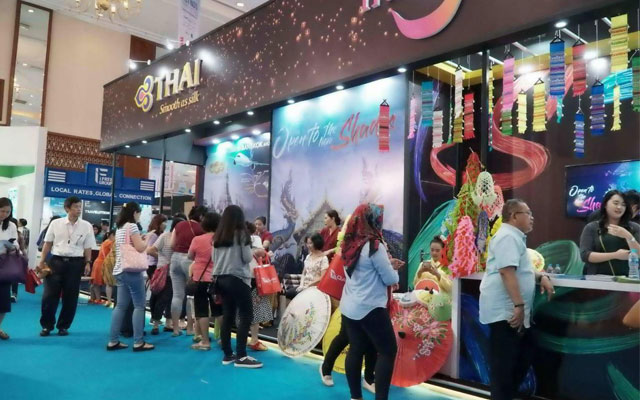 Government-level incentive programmes and special tourism deals are among the solutions Indonesian tourism stakeholders have developed to combat the loss in inbound and outbound traffic due to the Covid-19 outbreak.

Indonesia’s minister of finance Sri Mulyani Indrawati yesterday announced her office, alongside the Ministry of Transportation (MOT) and the Tourism Authority, are formulating incentive programmes for hotels and airlines to stimulate travel, particularly within the country.

She said the proposal was under review by the MOT and Ministry of Tourism and Creative Economy.

Budi Karya Sumadi, minister of transportation, hoped the proposed incentive will have positive impact on airfares and hotel rates, and allow the creation of attractively-priced bundle packages comprising flight and accommodation.

The initiative is in line with measures rolled out by the hotel industry.

The programme, which offers special rates to spur domestic travel, is initiated by several tourism industry associations, according to IHRA chairman Haryadi Sukamdani.

Meanwhile, the Indonesia Travel Agent Association (ASTINDO) has confirmed that it will push ahead with the ASTINDO Travel Fair in Jakarta, Palembang (February 21-23); and Padang, Surabaya and Bali (March 6-8).

ASTINDO chairman, Elly Hutabarat, is upbeat about the show’s success after seeing strong interest from participants. They include 100 exhibitors, of which 44 are travel agents; 16 airlines, such as Garuda Indonesia, Singapore Airlines, Emirates and All Nippon Airlines; and NTOs from various countries like Singapore, Thailand, India, South Korea and Japan.

Elly believes that the outbreak will not discourage people to travel because many tourist destinations remain unaffected by it and almost all countries has preventive measures to curb the virus spread.

ASTINDO secretary general, Pauline Suharno, said its members reckon that neither Indonesia’s travel ban nor Singapore’s orange alert level status were good enough reasons to postpone the fair. The travel and tourism community are banking on the fair to boost business, following a wave of refunds and cancellations due to the epidemic.

Elly said during a press conference in Jakarta on Tuesday that the tour packages bought by the visitors at ASTINDO Travel Fair is for travel later in May or June, and the outbreak would have ended by then.

Looking to harness the power of social media to bolster travel confidence and interest, ASTINDO is encouraging netizens to share their travel experiences, including tips and tricks, on Instagram with the hashtags #TipsTravellingAstindo and #AstindoTravelFair. Three winners with the most creative photos or stories will walk away with 500,000 rupiah (S$36.60) each on February 21 during the fair.